I’ve previously been to Charlotte on a layover on the way to Jacksonville, but I had never explored the city itself. I recently had the opportunity to attend a Google networking event in Charlotte, so I decided to explore Charlotte at the same time. I have zero regrets visiting as I think it’s a cute city and very slow-paced! If I were to visit Charlotte again, I would definitely want to rent a car and explore the outskirts.
​
Getting around the city is incredibly easy as you could walk from one end of the city to the other in around 15 minutes. I mostly just walked everywhere, but Uber is available. However, I opted to use Charlotte’s transit system (CATS) and the Lime scooters.

To use the bus or the LYNX light rail, you can either pay cash or use their app. I chose to use the app, where you can buy tickets on there and show the driver when you get on. The app is pretty easy to use and even though the app only lets you buy LYNX one-way tickets, it also costs the same for the bus and works there too.

I feel like the bus drivers are very lax with tickets - the first time I went on the bus at the airport, the driver blatantly ignored people wanting to get on at other stops, which I thought was weird. Then, she stopped at one of the stops and let about 10 people on without paying, which I assumed were her friends as they started chatting right away. I got off at my stop just fine and later found out that the driver had displayed “Not in Service” outside the bus. Weird, but okay. The second time I went on the bus going towards the airport, I was fumbling with my phone to get the ticket to show but the driver just waved me on anyways. So, I feel like bus drivers don’t really care but you might not be as lucky.
​
There are Lime/Bird/Spin scooters all over the city, which I used to get around a lot too. It was my first time using a scooter like that and I have to say it was slightly terrifying - it was much faster than I expected. It was still a fun time, and it’s a really fast way to get around the city.

I got into Charlotte Douglas International Airport at around mid morning, and decided to take the bus towards my Airbnb. My Airbnb was really close to the Bank of America Stadium. Once I got settled and refreshed myself, I went out to explore the city before the Google event in the evening.

I walked past BB&T Park, where there was a baseball game going on. Then, I walked through Romare Bearden Park on the way to Amelie’s French Bakery. I looked up this bakery previously and it had really good reviews, so I wanted to give it a try. The bakery itself has a very unique decor and surprisingly spacious. They had these baked goods that looked REALLY good - I had to resist the temptation to buy everything! I ended up buying a salted caramel brownie and a breakfast sandwich (gluten free bread, sausage, spinach, mushrooms). The brownie was one of the best brownies I’ve tasted! It was a very unique kind of sweet and I could have ate 5 more. The sandwich was also good but I feel like I should have gotten another kind of bread instead of gluten free. 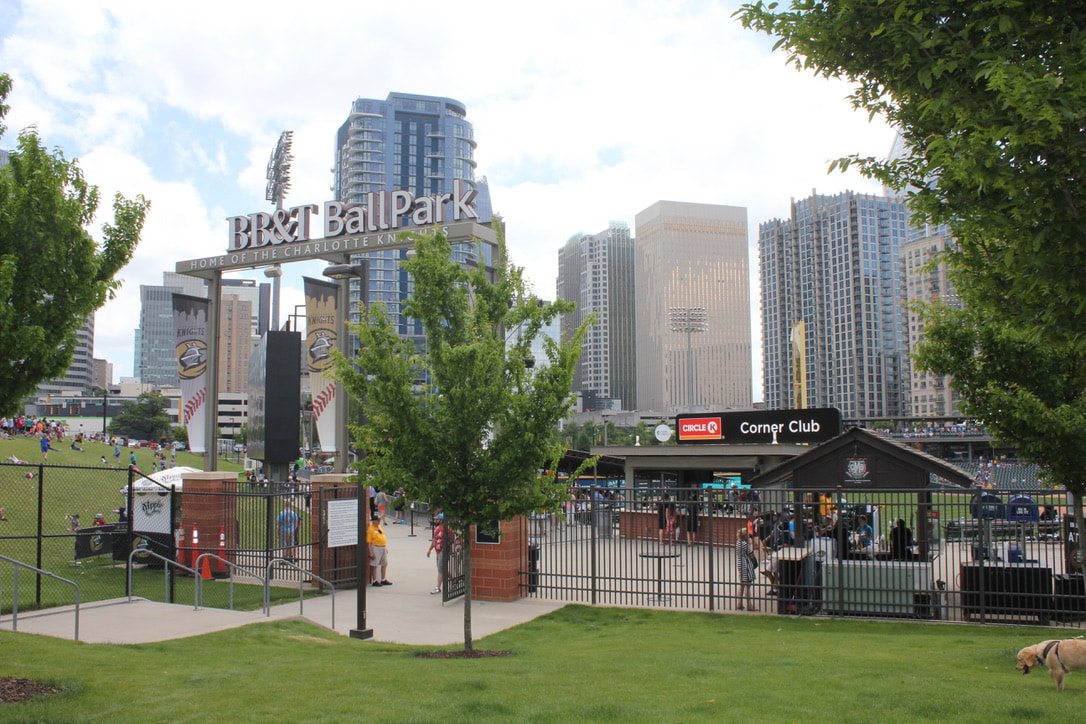 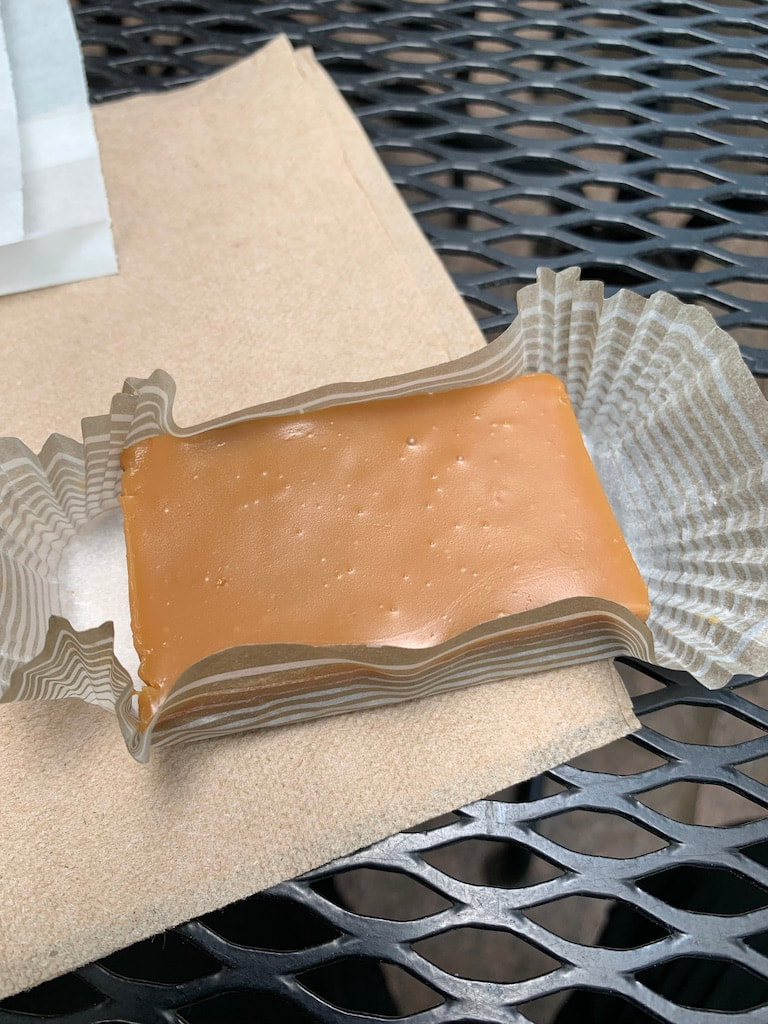 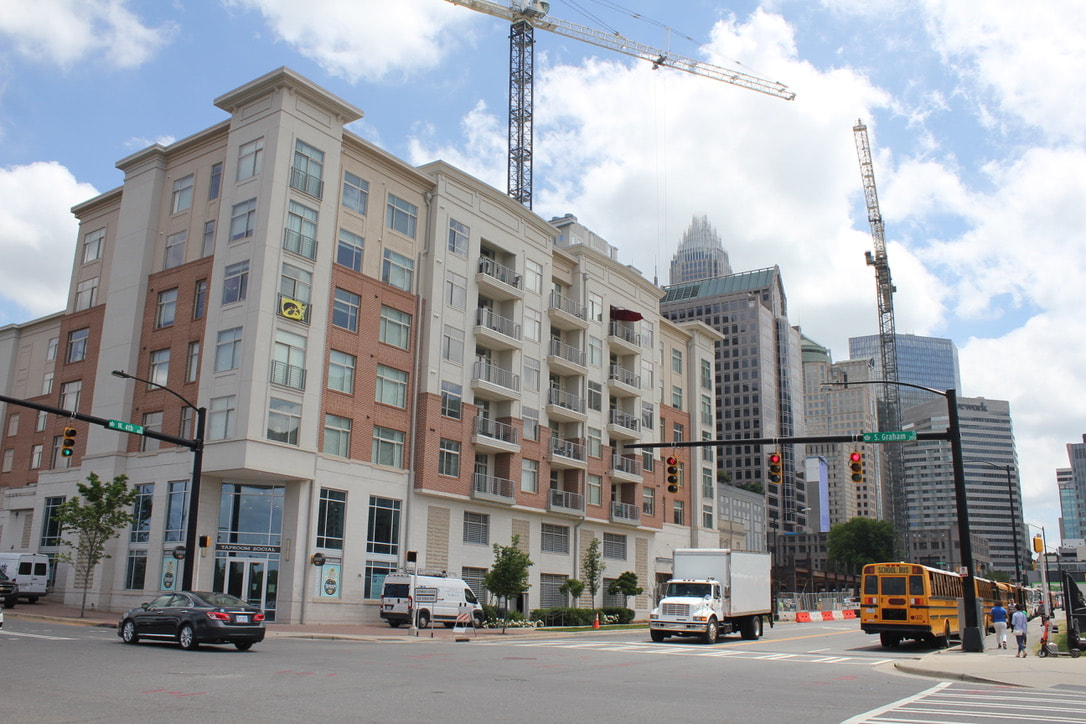 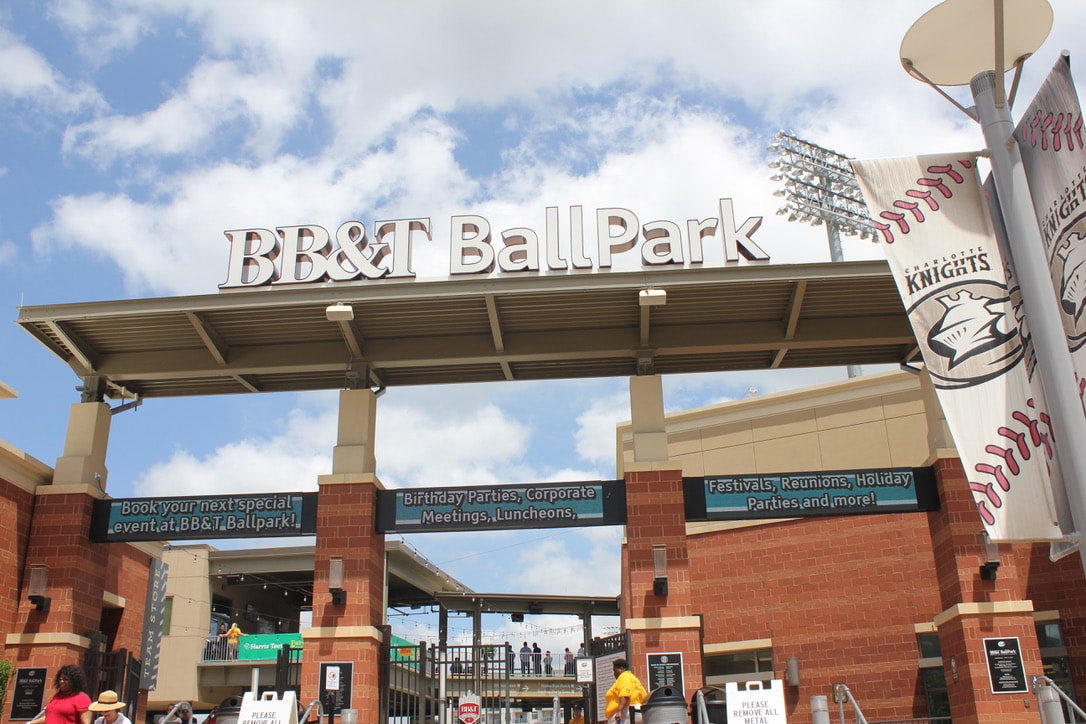 After eating there, I walked to Green Park, where they had an interesting exhibit going on. Essentially they placed these large inflatable bunnies in the park. It was a little funny but still kind of cool. My Airbnb host had recommended it to me so I just decided to check it out.

Then, I walked towards the First Ward Park and the 7th Street Public Market to just sit down for a while and people watch. After some time, it was time to go to the event so I started making my way over there.
​
The Google event was held at the Gantt Center, which was a museum for African-American art. I didn’t really get to see the whole museum but I definitely thought the museum had some very interesting exhibits. I would definitely recommend going if you have the time. After the event, I was pretty tired so I went back to my Airbnb to get some sleep.

I decided to let myself sleep in and take it slow for Day 2. I slowly got ready and decided to spend most of my day exploring the South End. So, I took a Lime scooter to Tupelo Honey which was an experience in itself. I came at a time where there wasn’t too many people, so there was lots of seating. The waiter gave me a biscuit and jam to start, which was really good! Most of the biscuits I’ve had are dry, but this one wasn’t. I decided to get the Southern Shakshuka and the fried okra, both of which were really good! I’ve never had anything like the Southern Shakshuka but I liked the taste of it. 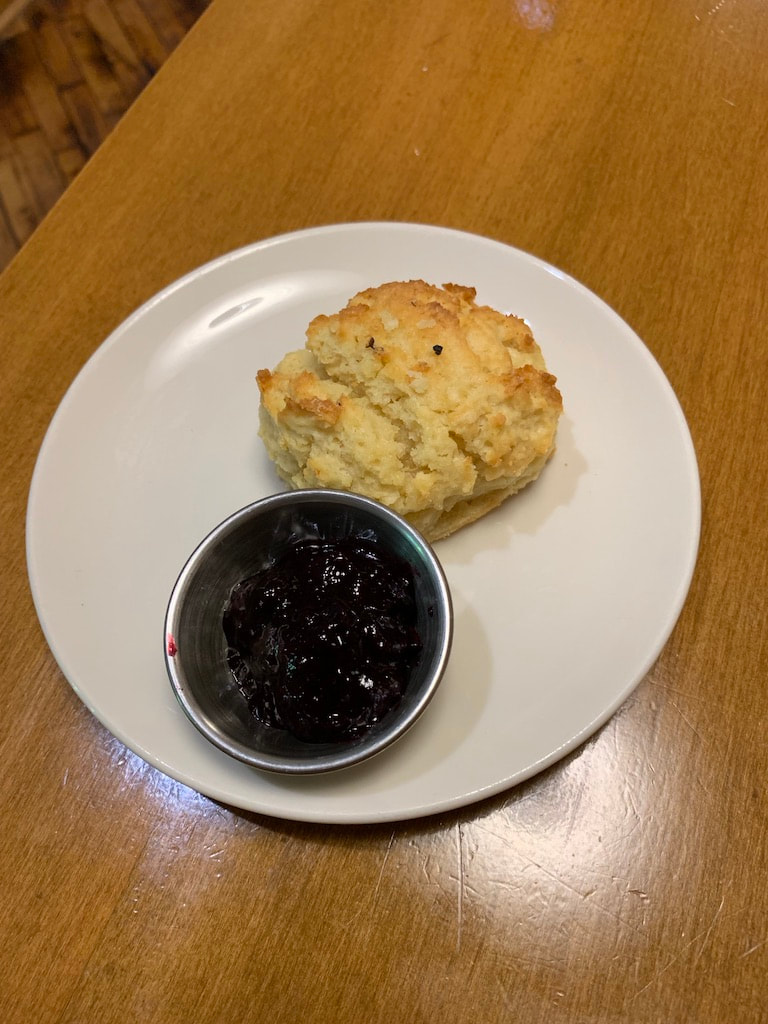 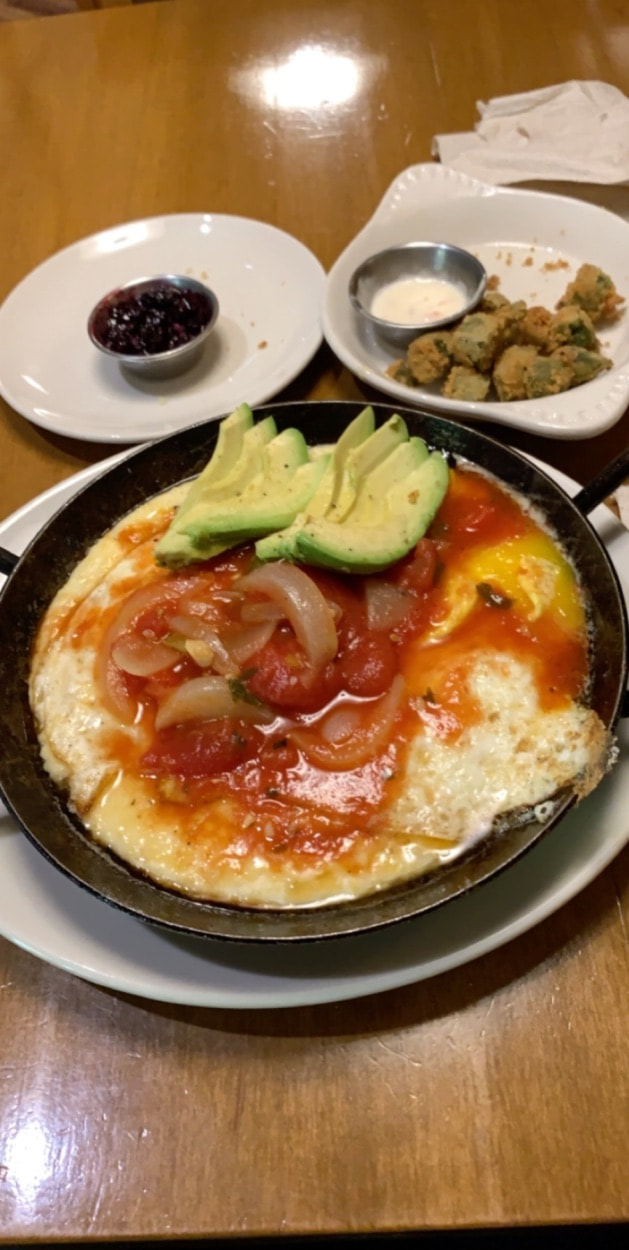 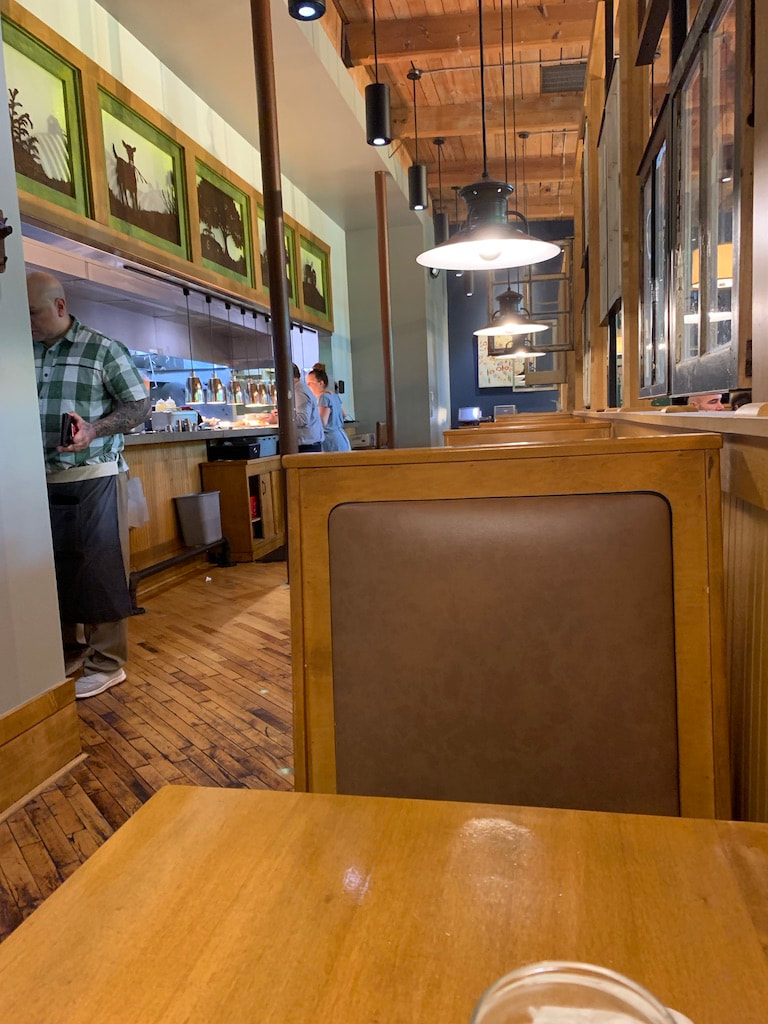 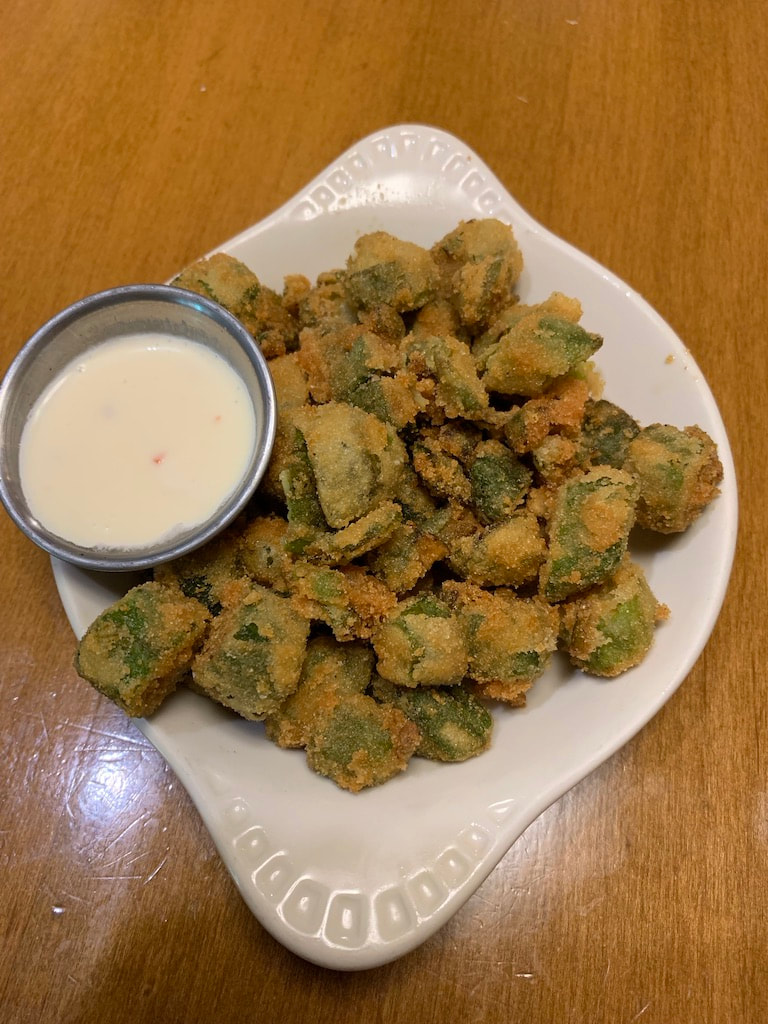 After eating, I just walked around the area and sat around a bunch. There are a lot of breweries and restaurants around this area. So, I felt like if I came at night, the vibe would be completely different. After walking around, I started walking towards the Bechtler Museum.

The museum was very small but it had some very interesting exhibits. I just happened to come at a time where they had a tapestry exhibit going on, which was pretty cool. You can set aside half a day and see everything in the museum. But, I decided to stay a little longer because it was hot outside and the museum had AC. After some time, it was time for the Google event again, so I headed on out. I was feeling pretty tired afterwards so I went right back to my Airbnb as I had an early flight the next day. 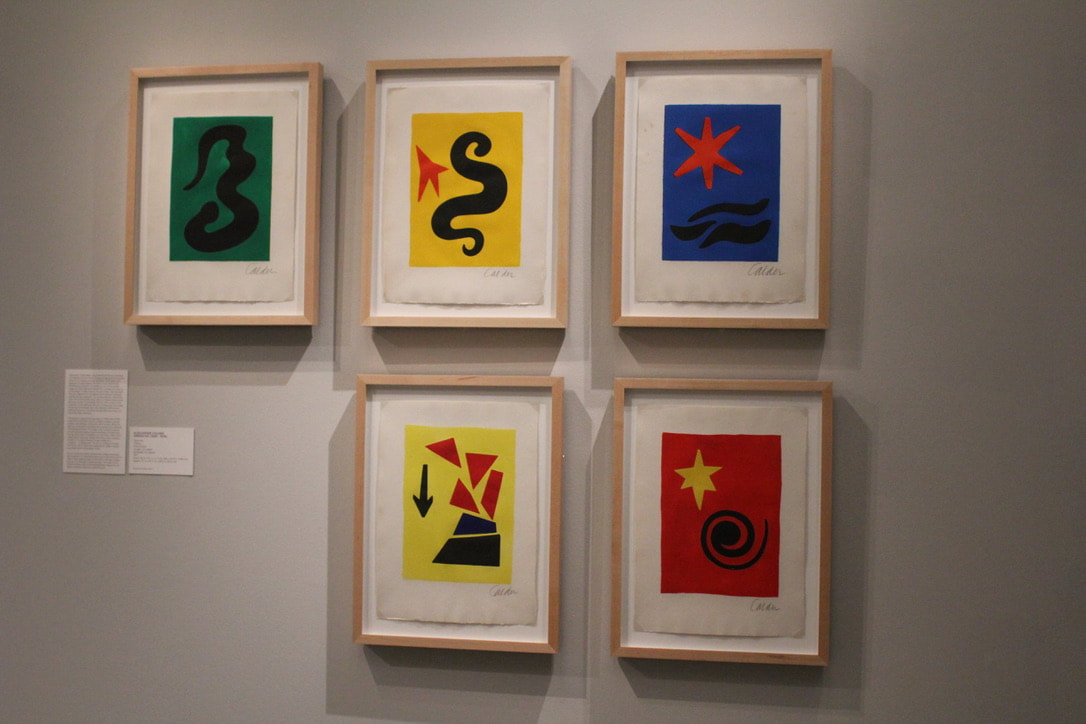 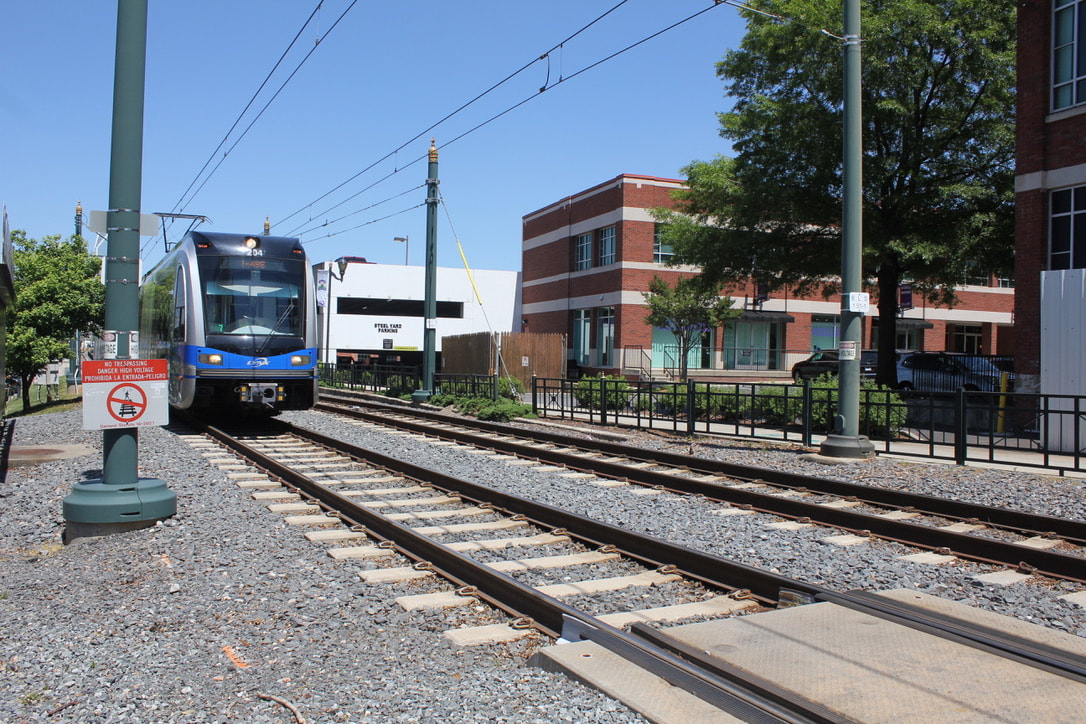 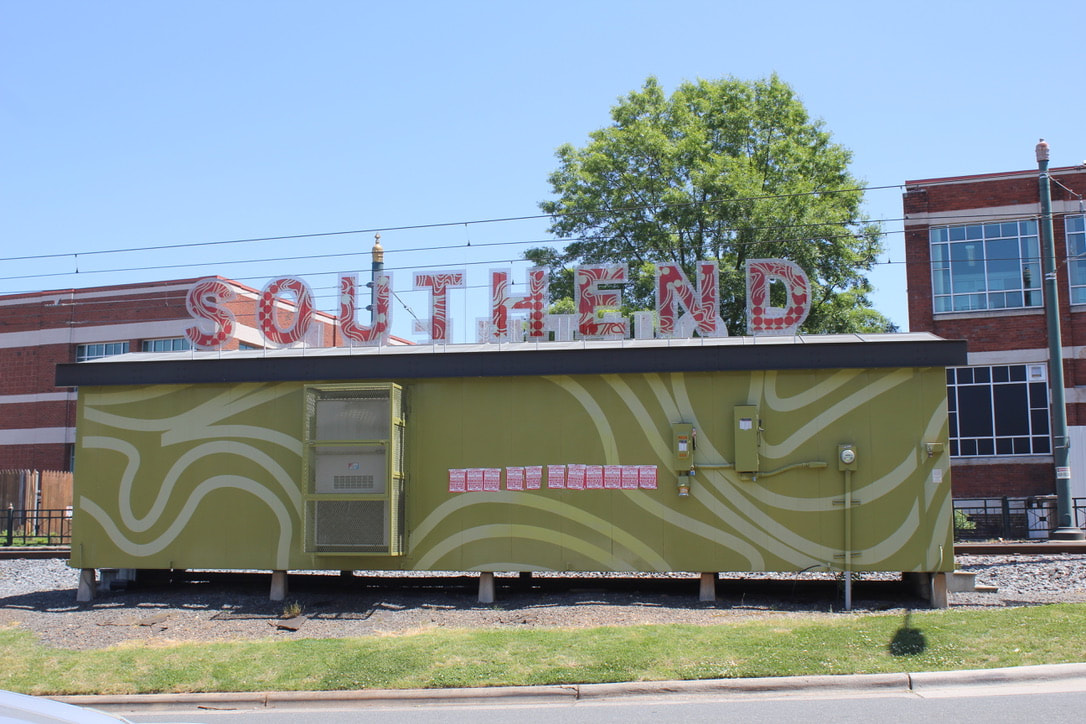 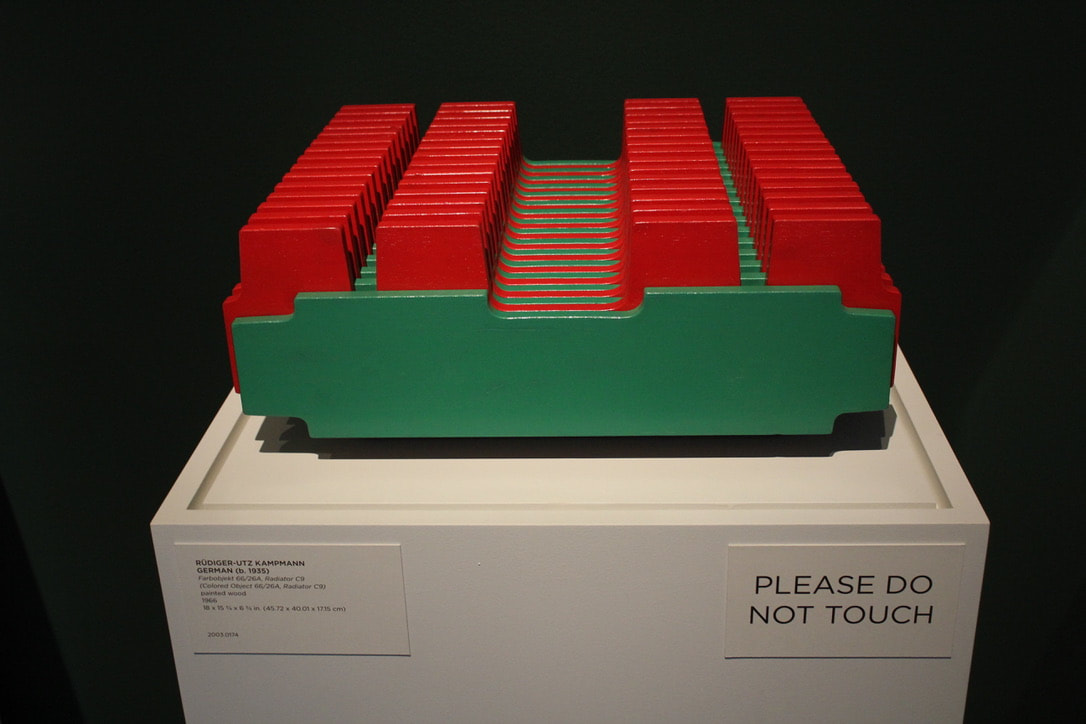