New York City will always hold a special place in my heart - it was the first major urban city that I've truly explored, way back when I flew there my senior year in high school to visit colleges. I instantly fell in love with the way of life, the fact that you could get anything at any hour, and just the city lifestyle in general. There's so much to do here that you can stay a few years and not see everything. One of my goals is to live here someday for an extended period of time, and I hope that you'll find it as enjoyable as I did.

*** In addition to this guide, you should also look up on Google for things to do in New York City (e.x. Statue of Liberty, Empire State Building, etc.) ***

My train from Boston got into New York's Penn Station in the late evening, and I really wanted to just go to my Airbnb and sleep. To make my way there, I had to navigate the sprawl that is Penn Station - it's very big and easy to get lost in, but I just followed the signs for the subway system. My Airbnb was near Flushing Main Street, which is in Queens. So, the subway ride took around an hour. I didn't mind the commute time because staying in Manhattan is astronomically expensive! I was very intrigued with this area because there is a predominately Asian population near Flushing. It kind of reminded me of Taiwan, only a little grimier. I walked about 15 or so minutes to my Airbnb, where I was able to finally get some rest after a long day.

The subway is the easiest way to get around the city, hands down. Although disadvantages include constant delays/construction, people asking for money, old trains, and more. But, the subway's range, cost, and convenience far outweigh any disadvantages. To use the subway system, you'll need to get a MetroCard, which could be obtained at any machine. I got the 7-day unlimited ride MetroCard because each ride on the subway costs the same, no matter how far you go. The per-ride cost is kind of pricey, but the unlimited MetroCard saved me lots of money even though I didn't use the full 7 days on the card. You'll have to do some math to see if the unlimited card is right for you.

Another thing is that it's easy to feel overwhelmed with all of the different kinds of trains. To get past this, Google Maps will be your best friend. Make sure you're getting on the right train headed in the right direction and that it will stop at your stop! Some lines have express trains, which only stop at certain stops. The announcements and the train itself will tell you which kind of train it is, so keep an eye out. Usually, if you compare what Google tells you vs. what the signs say, you should be fine!

Every time I've been to NYC, I've never had any time to spare when I'm going to and from the airport. There's always something that comes up that you didn't anticipate and you're always against the clock. It doesn't help that there's always "train traffic" ahead when you're on the subway.

If you are going through JFK, you're probably taking some sort of transportation at Jamaica Center. There's a lot of lines going through here (Long Island Rail Road (LIRR) and the subway) so you just want to make sure you're going on the right line. If you're heading to JFK, try to factor in delays in how much time it would take you to get to the airport.

If you are flying in from LaGuardia Airport, the easiest way to get into the city is to take one of the express buses to a metro stop. The “express bus” costs the same as the subway ($2.75 per ride) but you have to buy your ticket before you get on the bus. What I had to do was I had to buy a MetroCard inside the terminal, and then use that MetroCard to buy the ticket to get onto the bus. Your receipt is essentially your ticket, so you’ll want to show that to the bus driver. I would strongly discourage taking Uber in NYC because it is ridiculously expensive and will probably take the same amount of time as the subway.

If you are planning on taking the New Jersey Transit to and from Newark Airport, I would definitely recommend looking at the train schedule beforehand to see if there is a train running at the time you want. One time, I had an 8:45am flight, but the first train didn’t leave until around 7am. This meant that I could have slept a little more and still made it to the airport at the same time.

I started my day off by going to the Queens Botanical Gardens, which was very beautiful. I would definitely recommend if you're looking to get out of Manhattan to a more quiet place. It does cost money to get in, but I showed my student ID and got a discount!

I went early in the day, which I thought was a good choice since you could really see how the locals live. There were groups of elderly people doing some tai chi, meditation, walking, or just sitting and talking. It was very interesting because you'll hear one kind of music in an area, and then a different kind of music in another area - it really did remind me of how people in Taiwan live!

After I visited the park, I met up with a friend at Jack's Wife Freda for brunch. The place was really cute, and the food was good as well - I would go again! Another great brunch place I would recommend is Jane. After my friend and I parted ways, I walked around the area around NYU and Washington Square Park. It was interesting to see now NYU is a college with no "real" campus! Afterwards, I went to Strand Bookstore, which is one of the more famous bookstores in New York. I ended up spending quite some time here because it has a cool setup. But, I mostly spent a lot of time looking at the clearance books they have outside. They set aside all sorts of books and price them very cheaply. I actually ended up buying a few books myself. Then, I headed over to Chelsea Market to find more things to eat, and the market didn't disappoint. 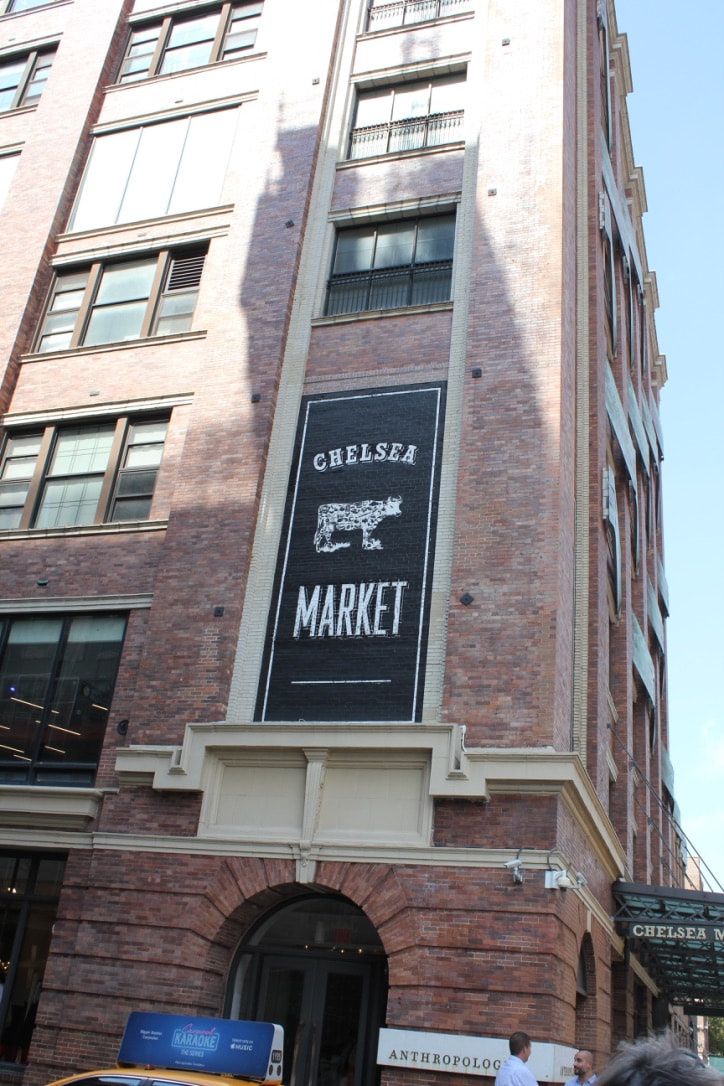 I would recommend going to Chelsea Market with an empty stomach because there's quite a bit you can get here - seafood, chocolates, donut holes, the options are endless! The market also has a very quaint bookstore where they sell all sorts of cute pins - I ended up buying a few. After the market, I walked along Hudson River Park,​ which is a very nice place to take a walk. I ended up taking a nap on the side of the grass which was very refreshing. Afterwards, I went back to my Airbnb to get some rest.

For the second day, I had plans to meet up with other friends at Jean-Georges for lunch - it has 3 Michelin stars, which I didn't know was a big deal until my friend told me. I was pretty excited because this would be my first experience with "fine" dining. You do need reservations and be dressed nice (I had a polo shirt and nice black pants and I was fine), but sneakers would likely not pass the test. My friends and I were seated relatively quickly, where we were able to order.

For someone traveling on a budget, I was delighted to see that they offered a special lunch prix for only about $40. Basically you choose from three set menus, and each menu involves multiple courses and a dessert. It was hands down one of the best meals I've ever ate. The best part was the dessert where everything seemed to melt in your mouth in just the right way. I definitely think it was worth the money, but only for the special lunch price - anything else would cost an arm and a leg. 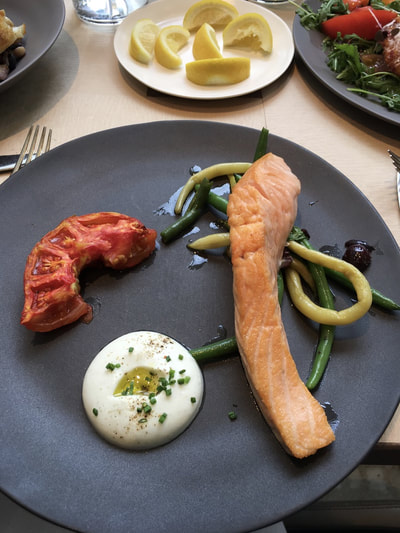 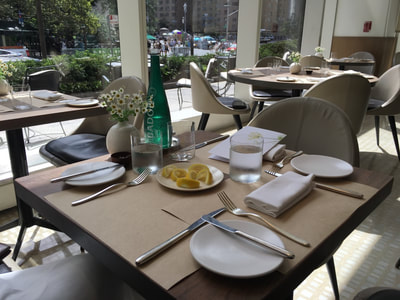 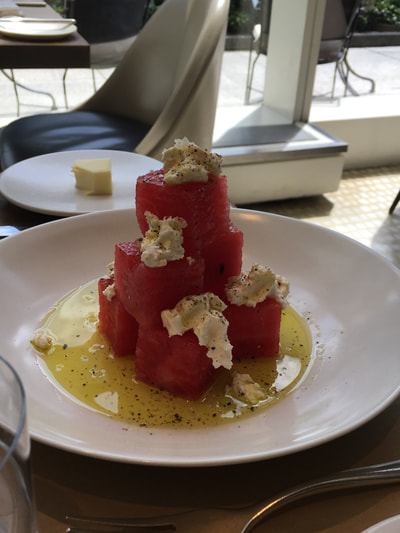 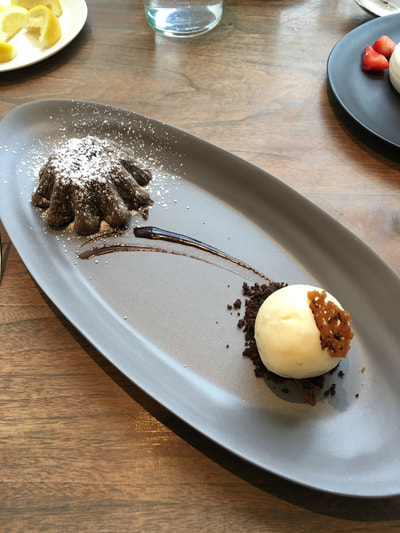 After the meal, my friends and I went to Central Park to walk around. Central Park is one of my favorite places in New York City because it's a secluded haven in a bustling city (okay, maybe not secluded) but it's huge and you could get lost inside for hours - you could walk in the park for a whole day and not see the entire park! There are lots of joggers and families and everything in between. I even got to see a couple take their wedding pictures in the park!

My friends and I headed to Sheep Meadow inside Central Park, which is a huge open space inside the park where you could see the city skyline in a nature-y area. You'll see lots of people just tanning, sitting and talking, or having a nice picnic. My friend and I decided to pick a nice, shady spot, lie down, and take a nap. It was very relaxing, and I definitely recommend you stop by. 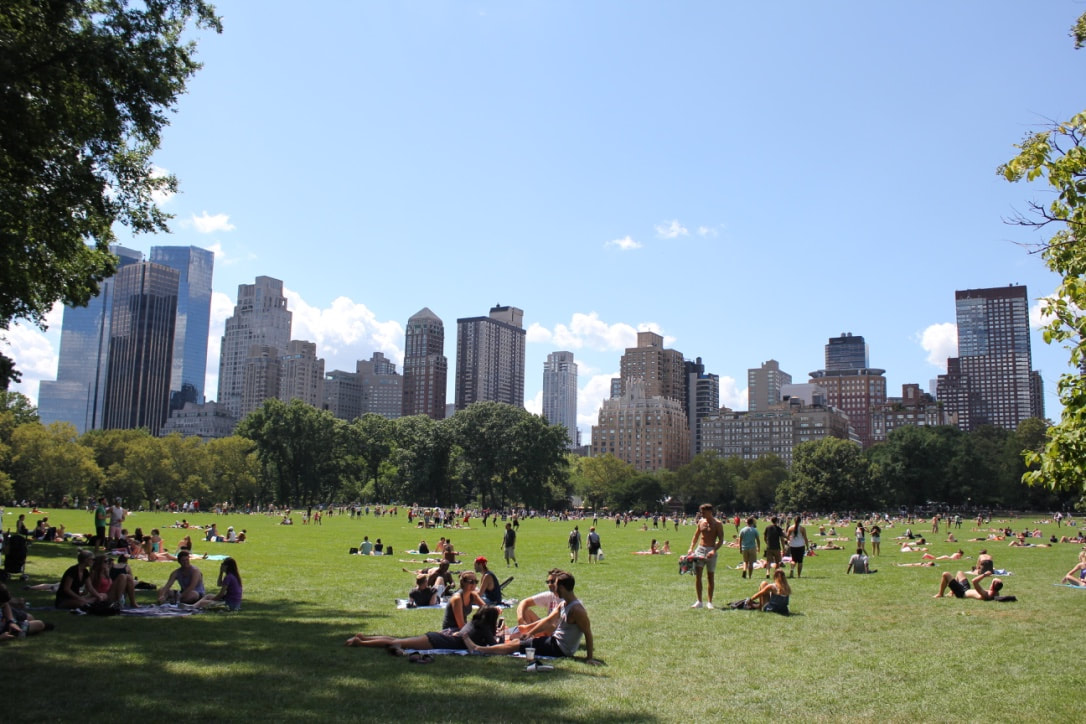 After my friends and I woke up from our nap, we went to get dinner at Ippudo, which is a famous ramen joint in the city. The ramen is absolutely amazing, but there might be a long wait. My friends and I were lucky that we were able to get seated right away, but others weren't so lucky. After that, we went to Levain Bakery to get dessert. This bakery serves insanely large, gooey cookies that will make your mouth instantly salivate. As a huge chocolate chip cookie fanatic, this was heaven to me as we snacked on our cookies - cannot recommend this place enough. After that, it was time to turn in for the day and leave for Boston the next morning.

I would also recommend looking at these places if you have the time: UN Building, Grand Central Terminal, NY Public Library, The Vessel, The Shops and Restaurants at Hudson Yards

Some other places I didn't have the chance to mention include: