I went to Japan in January 2018 because there was a cheap fare on Hawaiian Airlines with a layover in Honolulu, and I'm a person that would never pass up an opportunity to explore a new city! This guide will be short because I only had around 9 hours to see Honolulu. Hawaii never struck me as a place I must go to. However, after visiting Honolulu, I really want to spend an extended period of time here and see the islands - in the limited amount of time I spent here, I know it's a beautiful place.

When my flight from Tokyo landed in Honolulu, it was around 11:40AM and I was excited to explore the city. I had a minor setback at customs when one of the employees told me I couldn't carry on the duty-free alcohol I bought in Tokyo as a gift to my friend on the plane - I had to check it in. Therefore, I spent at least half an hour reorganizing things in my bags to make everything fit. Then, it took me a good while to find the left luggage service at the airport. It was a little far from where I was. My plan was to take the local bus to Waikiki Beach, so I went to a Starbucks and asked for change (the bus only accepts exact change in cash!) and then I went to wait for the bus.

Looking back, I should have paid for an Uber to take me to downtown because the bus took a while to show up. However, I was able to get on and buy a day pass from the driver (it was cheaper to buy a day pass than two individual trips) and we were off. I was able to see a little bit of Honolulu along the way, which was an interesting experience. My plan was to start at one end of the beach and work my way up to the other end. So, I got off the bus and started walking.

When I started walking, I could instantly feel this very laid-back vibe. Everyone I saw seemed very relaxed as they were having fun with friends, tanning with their family, or doing other things. But first off, I was surprised that there were so many tourists on the beach because I was at Honolulu on a Monday (don't kids have school and adults have work?). However, despite the fact that there were lots of people on the beach, it was still very pristine and clear. In my opinion, it was far better than Santa Monica Beach, even though Waikiki Beach had more people.
Midway through the walk, I took a detour towards the main boardwalk in search of Island Vintage Coffee, a place that my friend recommended. When I got there, I ordered an acai bowl to-go so I could eat it on the beach and it was a fantastic idea! The bowl was very tasty, but I wished I got some more in the bowl. 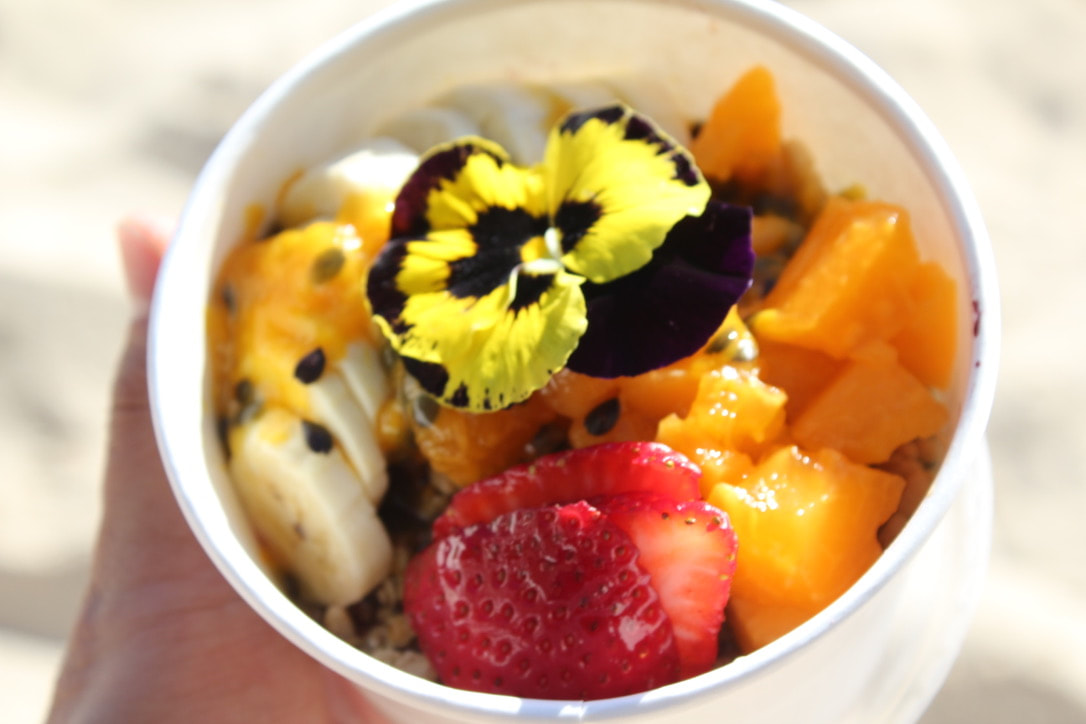 Eventually, I walked on the entire beach and decided to just sit down and take everything in. However, drowsiness overcame me and I took a nap on the beach for at least an hour! That wasn't my plan, but it felt very refreshing to wake up to the sunset, which was absolutely magnificent. 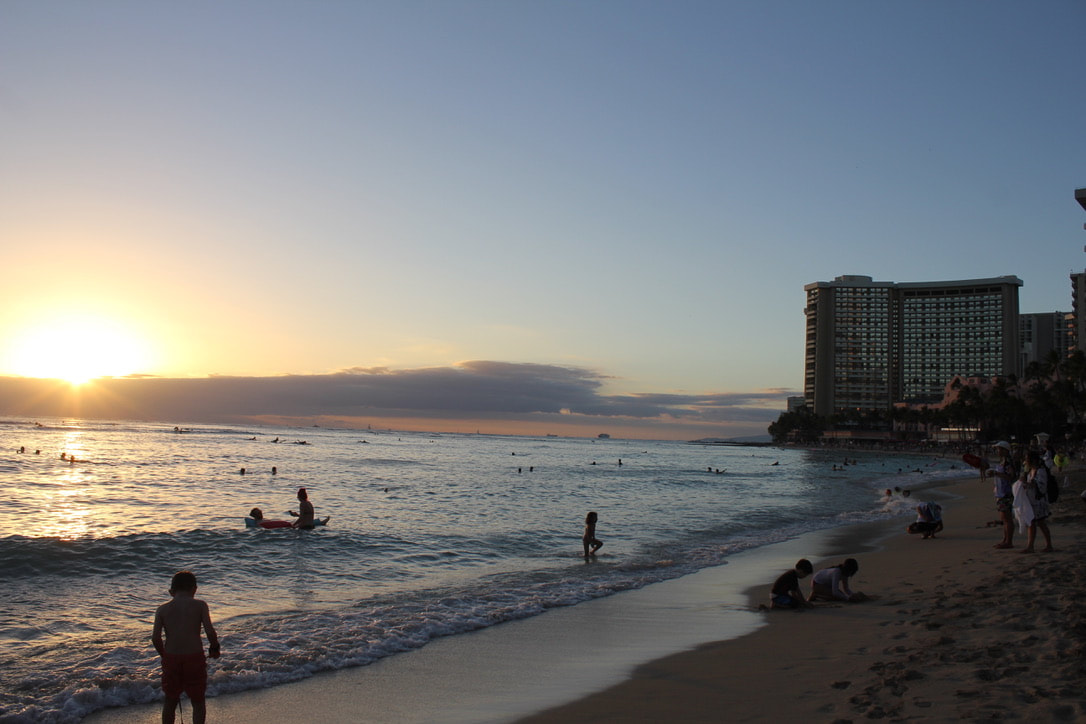 After I watched the sunset, it was time for me to go to the airport. So, I walked to the nearest bus stop and started to wait for the bus. However, the bus was running late and I was slightly panicking - I didn't want to pay for an Uber, but I didn't want to miss my flight. Eventually, what I did was that I started to walk along the bus route towards the airport. My thinking was that the bus would eventually catch up to me, and if I had to pay for an Uber, it would be slightly cheaper because I'm walking closer to the airport. At the nick of time, the bus came and I was able to get on.

Once I got to the airport, I picked up my bags very fast, sped walked towards the terminal, and got to my gate with only minutes to spare - it was quite the adventure I didn't need during my vacations. I was sad that I couldn't see more of Honolulu, but there's always the future!
Proudly powered by Weebly