During my study abroad program in London, my friends and I flew to Paris for a weekend so we could make the most of our trip! Paris is a beautiful city with lots of architecture and landmarks to admire. I wished I could speak French to get the most out of the city. Paris intrigued me, and I can't wait to come back in the future! Until then, I'll try to describe my weekend in Paris.

My friends and I landed at Orly Airport, which is smaller than the main international airport, Charles de Gaulle (CDG). We landed pretty late, so we called an Uber to Bastille Hostel, the place we were staying at for the weekend. Here is the moment where knowing French would have been handy, as when the driver dropped us off, he told us there was an issue - but we had no idea how to communicate. Eventually, the driver resolved it and left but it was a little nerve-wracking.

We checked into the hostel relatively quickly, and the room was very average. There were two bunk beds for the four of us and a small bathroom. The beds were a little creaky, but hey it was cheap. This is also the moment when I realized I left my iPad on the plane, so I had to borrow my friend's phone to call the airline - basically, no one found the iPad and I lost it. As you can tell, this trip is going off to a great start.

We slept in for a bit and then headed to The Louvre for the first attraction of the day. First of all, there is so much amazing artwork to be seen - you could easily wander the museum for days. However, we decided to see the famous Mona Lisa which was quite underwhelming. 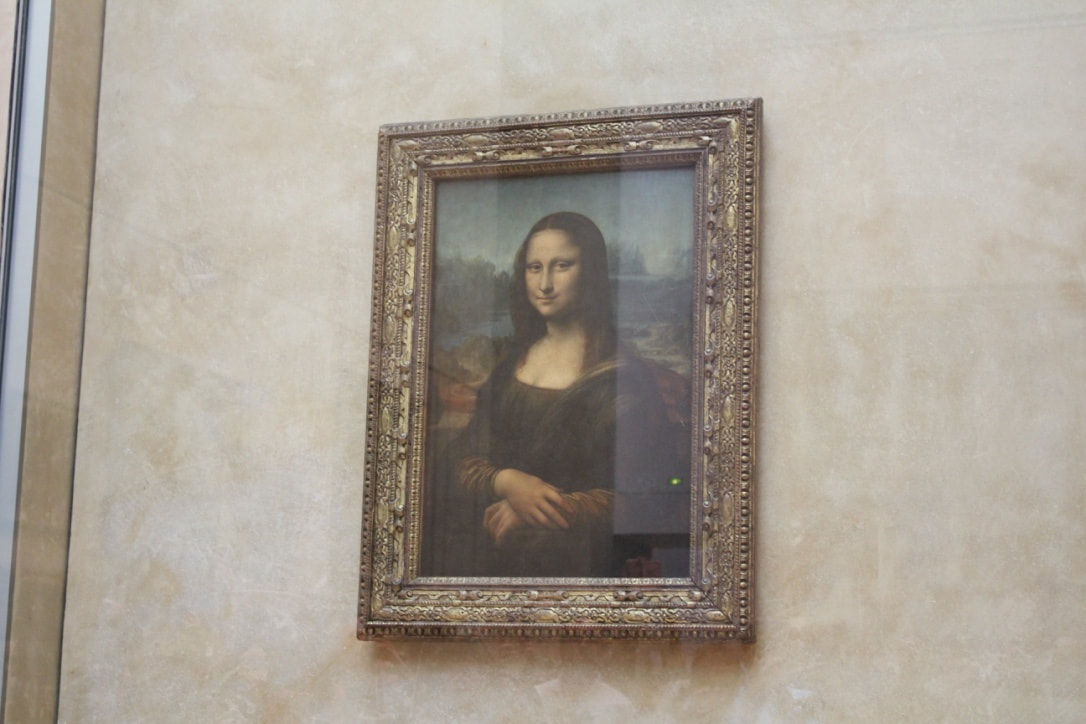 The Mona Lisa basically sits in a big room, with guards on each side. There's a barrier so you can't get too close, and literally everyone is trying to get a picture. I got really lucky and was able to squeeze to the front (this is when being small is a good thing!) and I was able to get a clear, unobstructed view of the painting. Take pictures and get out - your time is better spent elsewhere in the museum. We left the museum after a little bit and walked past Notre Dame, went into this shopping alley and got these amazing macarons.

We went to Champs-Elysess next on the way to the Arc de Triomphe, which was an interesting experience in itself. Think of Champs-Elysees as a huge shopping street, filled with name brands and such. A very important thing to know is that the Arc in the center of a 6+ lane traffic circle/roundabout thing. During the moment, my friends and I didn't know that there was an underpass to the Arc. So, we decided to cross 6+ of traffic with no crosswalk. It wasn't my best idea as cars honked at us and we nearly got ran over. It was a very exhilarating experience, but I would not recommend this for next time. Once you get to the Arc, you can pay to go up but my friends and I didn't have the time to do that.

Towards the end of the day, my friends and I went on a dinner cruise on the Seine which was absolutely amazing. We got the tour off of Viator, and the meeting place was at Le Capitaine Fracasse. It was quite expensive, but the dinner was really good. You're paying more for the privilege of eating while on the river and watching the Parisian scenery go by. We had a fantastic time, and then it was off to the next attraction. 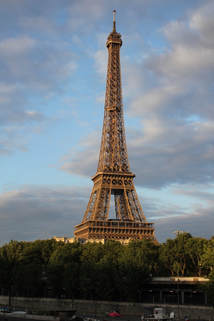 ​After dinner, we went to the Eiffel Tower. On the way there, we had to avoid dodgy people, wait in a long line, and then we were able to buy our tickets. My advice is to not engage in anyone that tries to get your attention - usually it's going to lead to a scam or something being taken away from you.

While we were waiting in line, my friends and I ran into other people we knew from the program! What a small world. We decided to wait and go up the tower together. The city at night is absolutely breathtaking - even at 10PM there was still a lot of people trying to get pictures. I would definitely recommend going up and taking in the view.

We started off Day 2 by heading to the ​Jardin de Luxembourg, a park with very nice lawns, statues, and a very grand villa in the center. I was in awe of the park because it was simply so pretty and captivating. There was a circular lake/pond hybrid where some people were sailing boats, with lots of people walking around. We ended up playing a bad prank on one of our friends that decided to sit and take a nap. She's afraid of birds, so my other friend and I were tossing crumbs of the leftover cookie I had from breakfast near her chair so birds would go to where she was. It was very amusing but she thought otherwise. After that, we stopped at a cute restaurant called Bullier for lunch. Everything was pretty good, but it wasn't the best food I've had. After that, it was time to go to the airport and fly back to London. 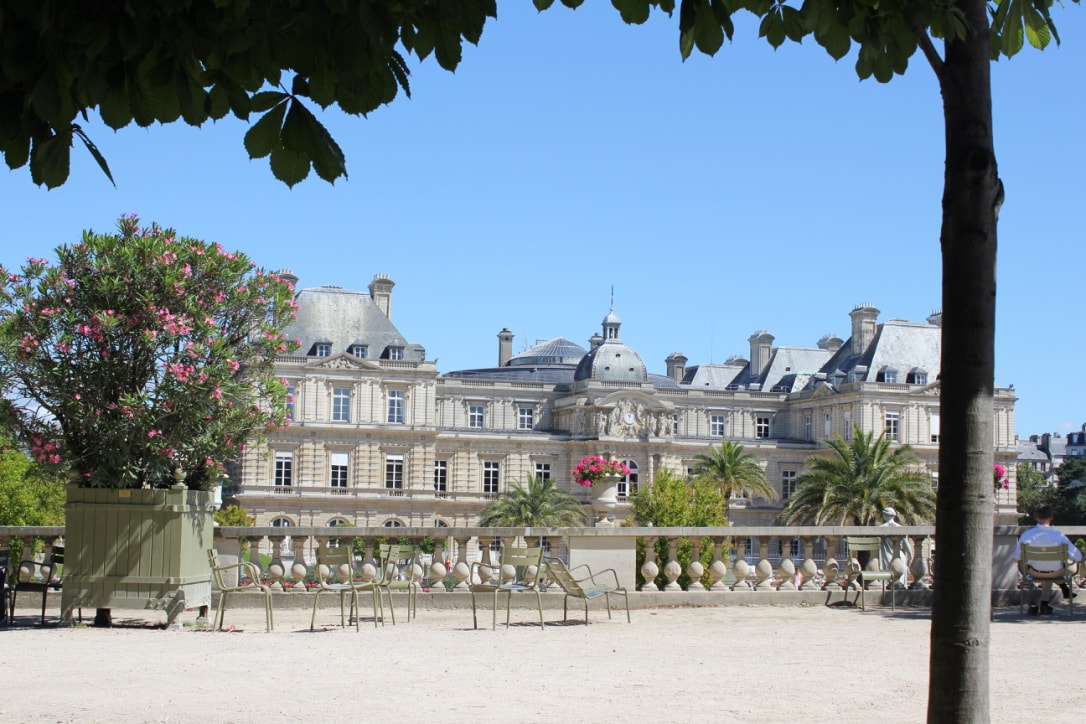 Overall, I had a fantastic time in Paris - I only wish I had more time in this city. There's simply so much that I didn't have the chance to do, and France in general is a country I'll like to get to know more of. If you're thinking of heading to Paris, I would give it at least 3-4 days so you could fully explore everything. Until next time, Paris!
Proudly powered by Weebly