Even though Vancouver is pretty close to California, I never had the chance to visit because flight tickets to Vancouver are fairly expensive. However, I was finally able to incorporate a visit when I had booked a big trip!. Vancouver is a very pretty city with lots to outside activities. In addition, there is a fantastic food scene as well! It was so nice that I started to picture myself living there. I will definitely want to go back someday and explore the city in more depth!

I have an aunt living in Vancouver, so I stayed at her place while I was visiting. They lived in a part of Yaletown that was close to the water. Their place was also close to a bike path, so they suggested that I start off the day by biking to Stanley Park, so that’s exactly what I did.

I took the bike path all the way along the seawall towards Stanley Park, and then while I was inside I made a huge circle around the park. If you are able to find a place that rents bikes, I highly recommend that you take advantage of it! Riding a bike is a great way to see Vancouver, and I was able to cover a lot of ground in a short period of time. I wouldn't had minded walking around the park as well, but it would had taken longer.
​
The bike path is pretty easy to follow, as you’re likely to see other bikers and the path is clearly defined. Stanley Park and the bike ride itself was absolutely stunning -  I was literally blown away. It was just such a nice way to see the park and I stopped quite a few times to take some pictures. Visiting the park was definitely one of the highlights of my trip! 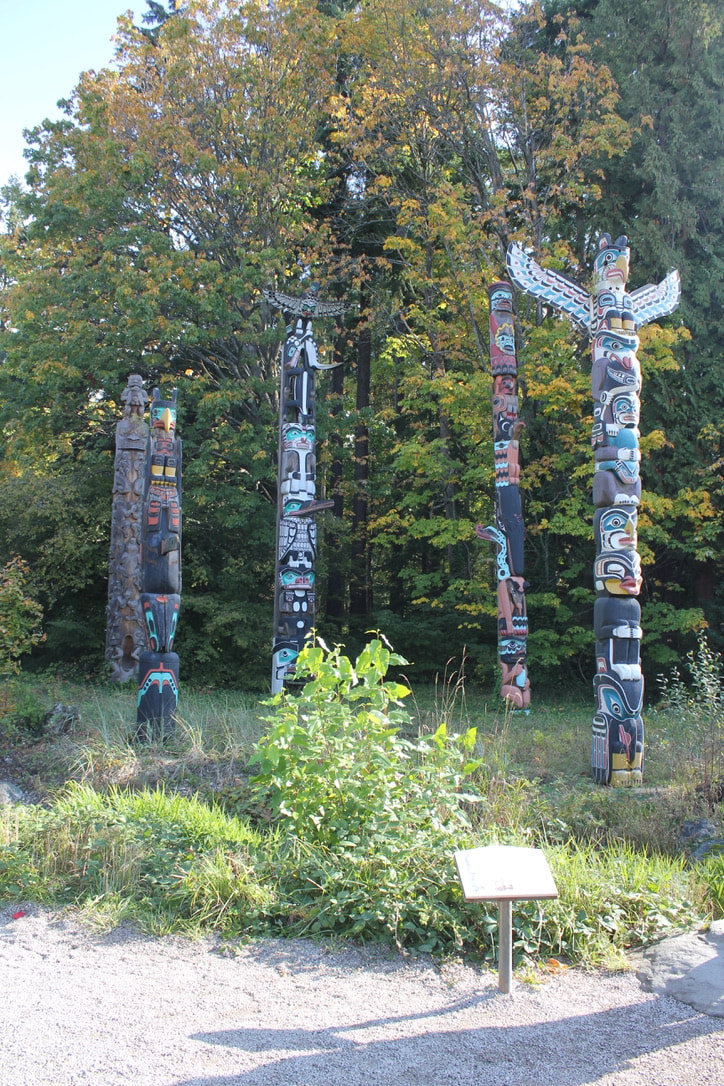 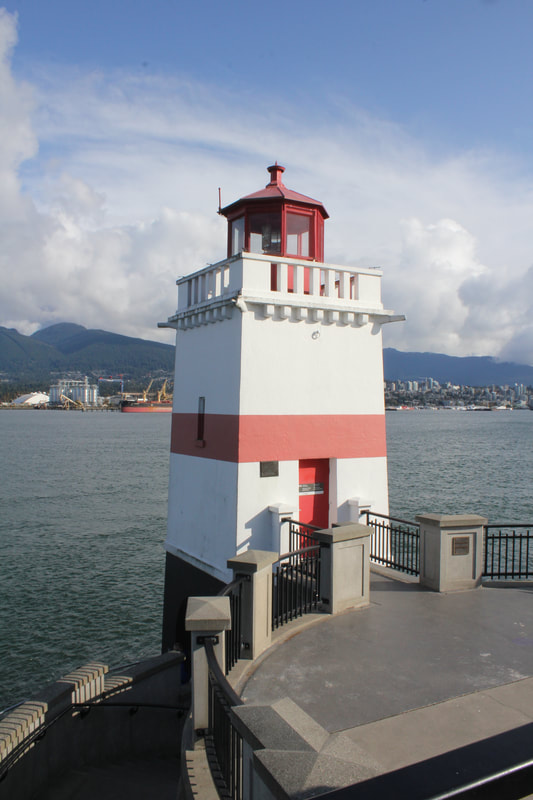 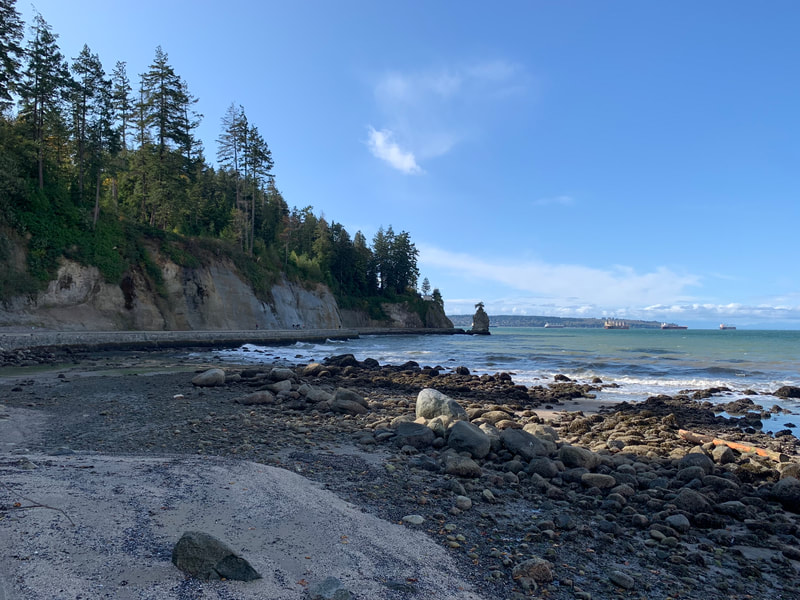 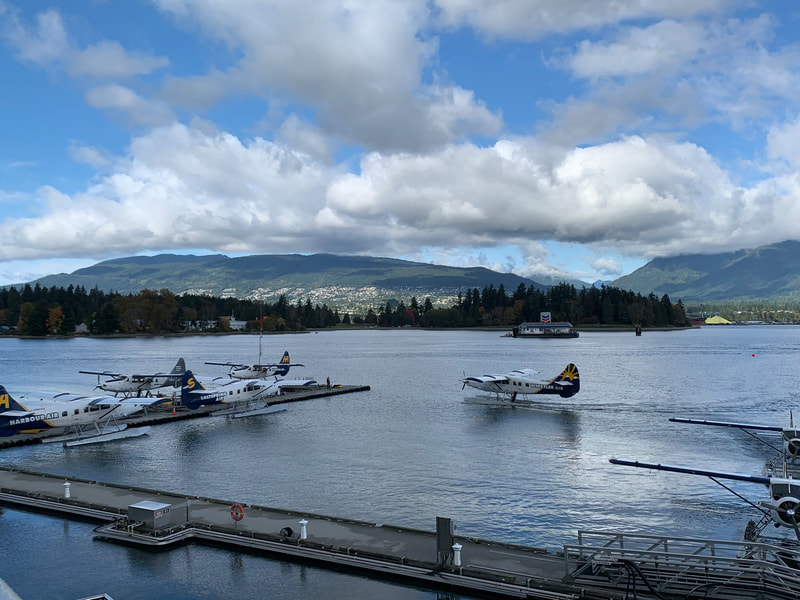 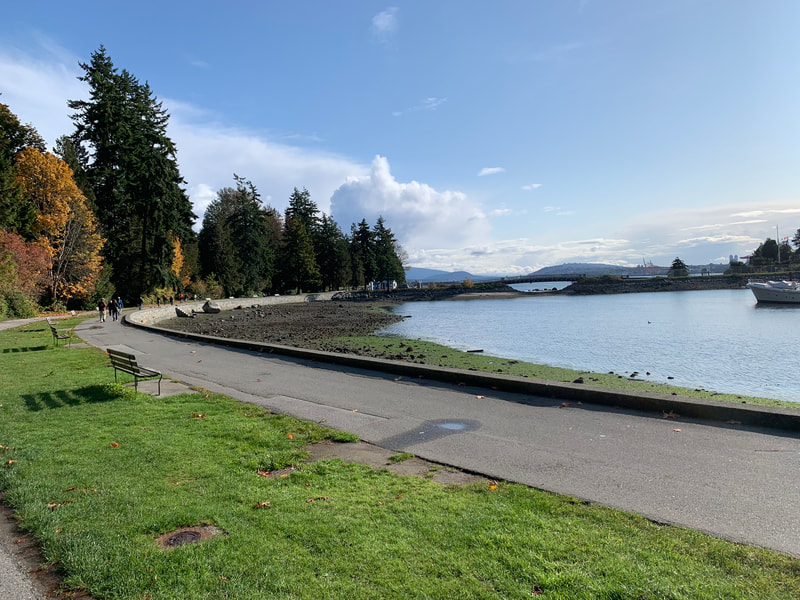 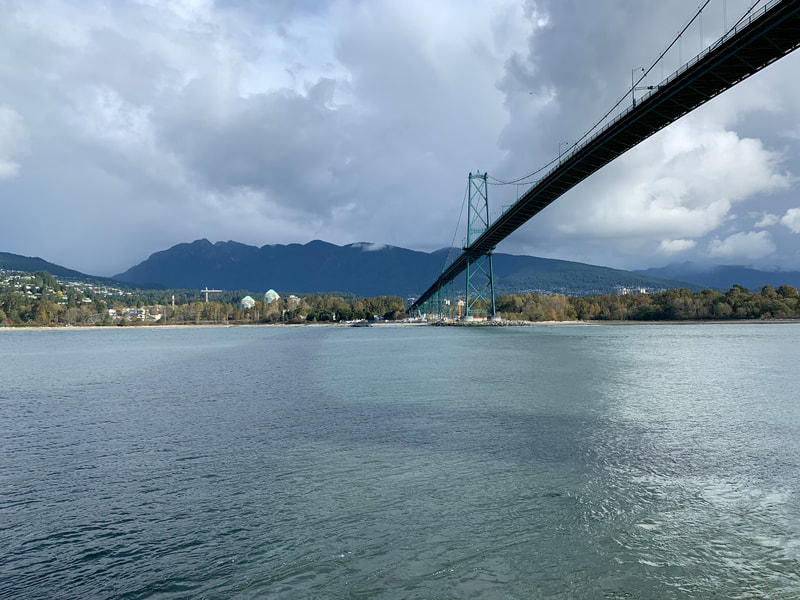 I eventually ended up in the downtown area close to Robson Street. I took a rest for a little and then went to Kingyo to eat some lunch. They had a special promotion going on where if you would get a $5 gift certificate if you posted a picture of your meal on Instagram. I thought it was a no brainer because posting requires no effort and I get $5! I got something from the special lunch menu and it was pretty good! The ramen wasn’t mind-blowingly unique, but the side dish I got was fantastic. My meal was part of the special lunch menu that they had, which was a very good deal. Usually, I find that restaurants that do these types of promotions are distasteful but I liked my meal so I didn’t mind doing it! 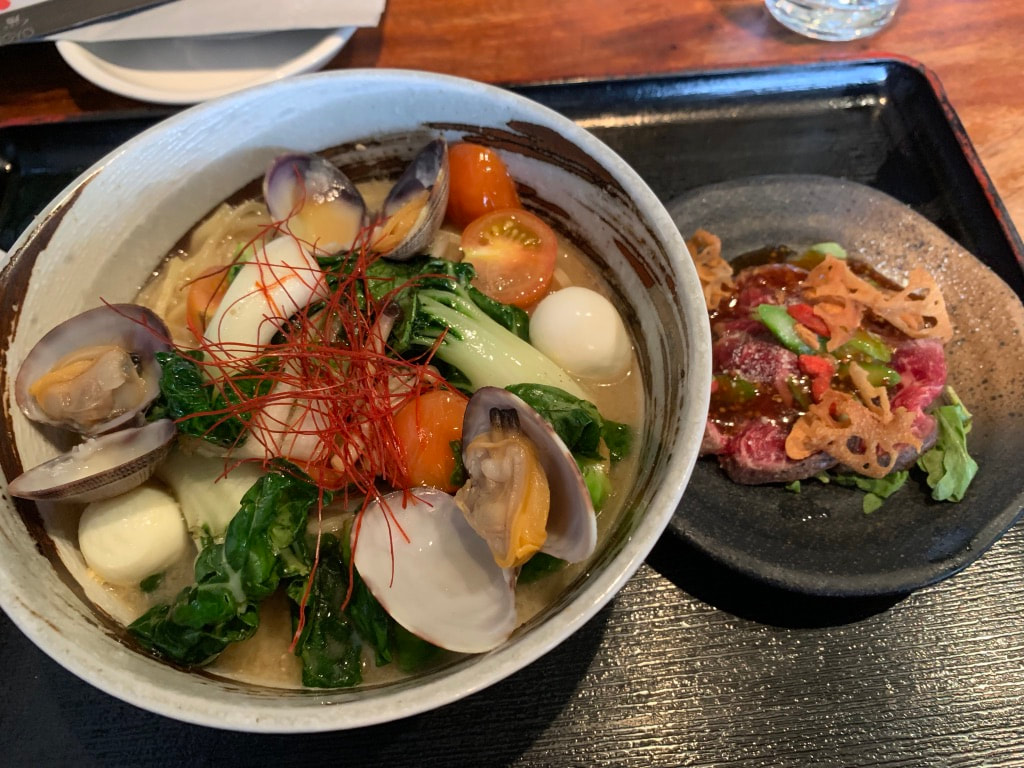 Once I finished eating, I went and saw the rest of downtown Vancouver (Canada Place, Gastown Clock, Sun Yat-Sen Park, and the Vancouver Public Library). Seeing each of those places didn’t take up much time which makes it easy to hop to the next place. They're all also walking distance. However, I spent some more time at the park and the library.
​
Sun Yat-Sen Park is relatively small and it’s nice to walk through, but I would also recommend walking through the garden next to it if you get the chance. I didn’t have enough time, but the garden is supposedly also very pretty. However, it costs money to go there.

The public library was really pretty - I’m a huge fan of visiting libraries when I travel. It’s 9 floors with a small garden at the top. However, I wouldn’t really describe it as a garden but it was nice that there is an area where you could study outside! 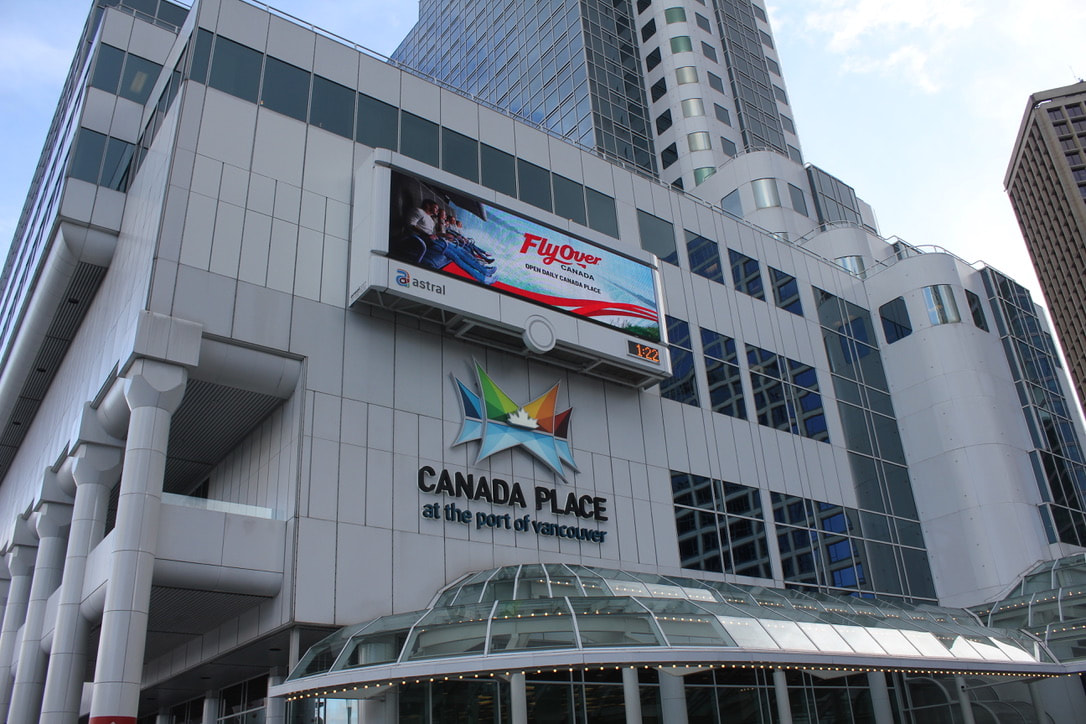 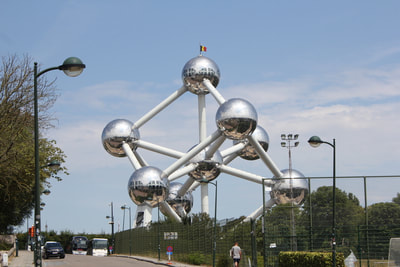 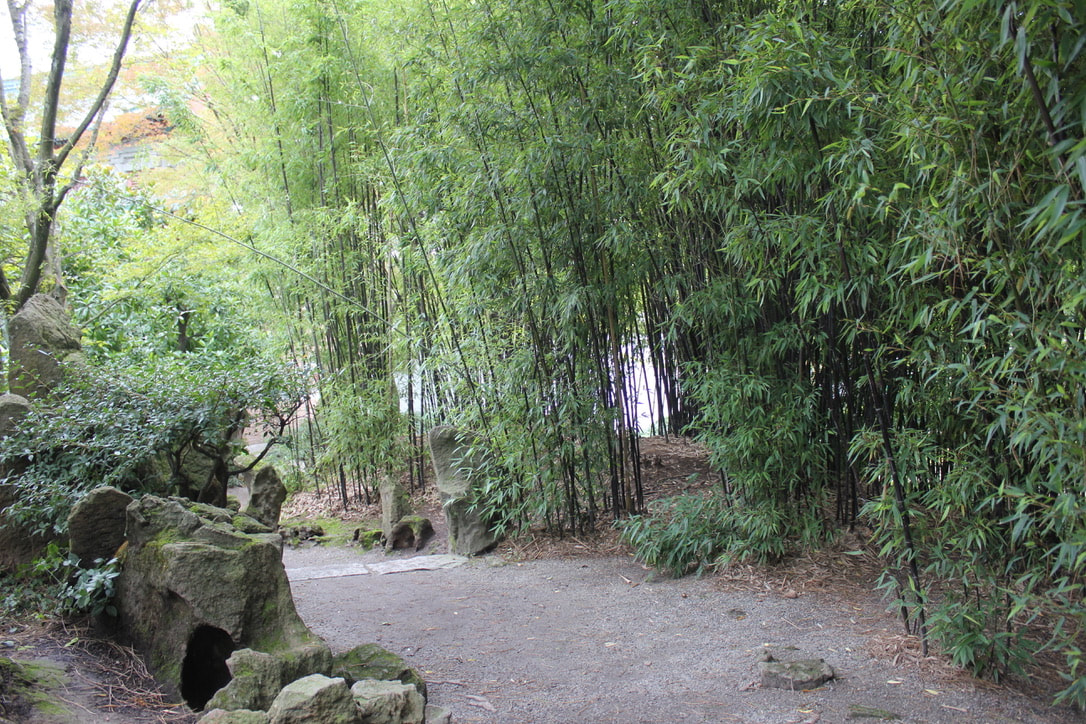 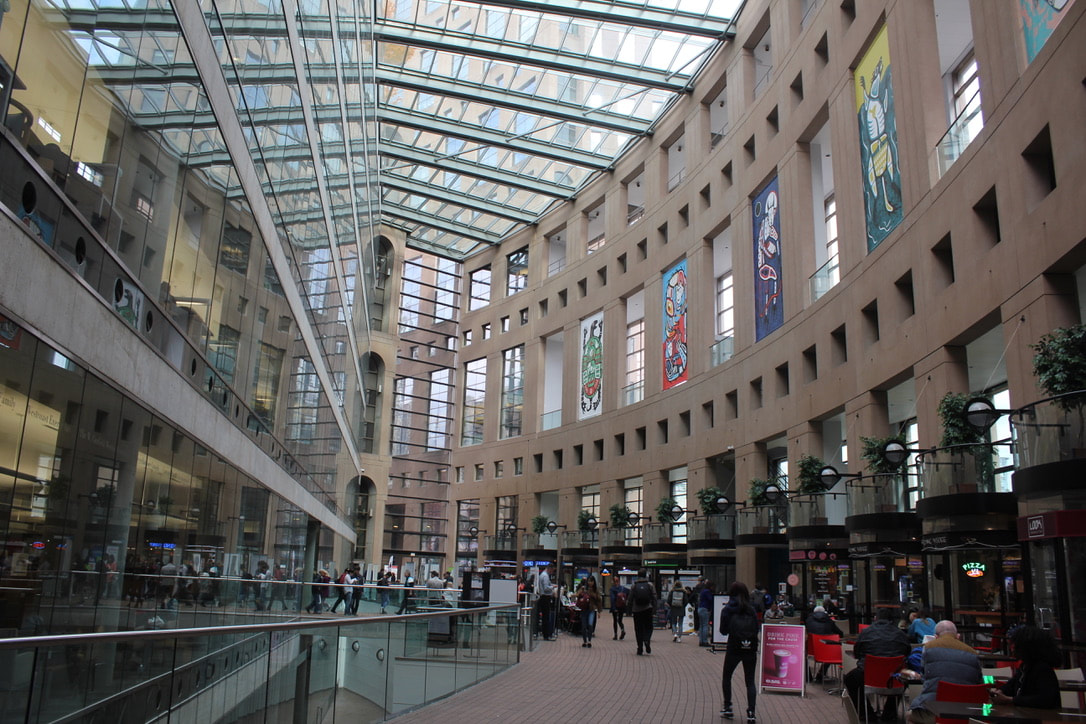 After visiting the library, I biked home to my aunt’s place where they took me out to dinner at a Japanese restaurant called Toshi. It’s a popular place among the locals as we had to wait quite a bit to eat there. They go there a lot so I let them handle the ordering and it was really good! We got a lot of dishes (can’t remember them all) to share. It was one of the better Japanese places I’ve been to, and I would go again! After eating dinner, we went back to the house as I wanted to rest for the next day. 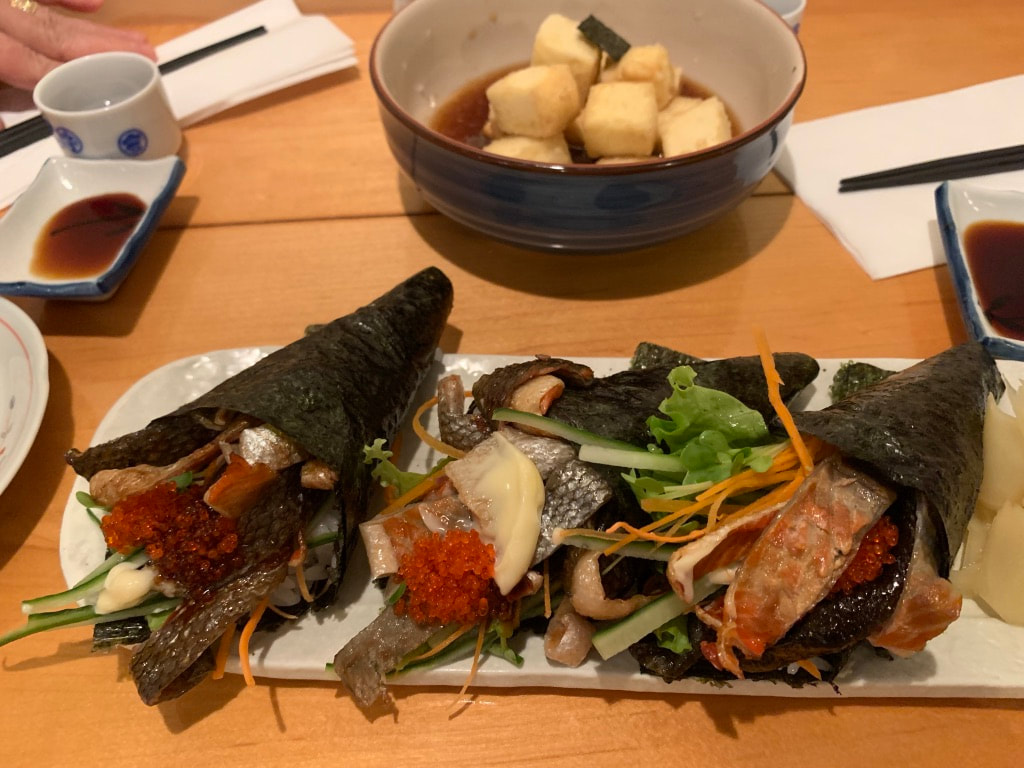 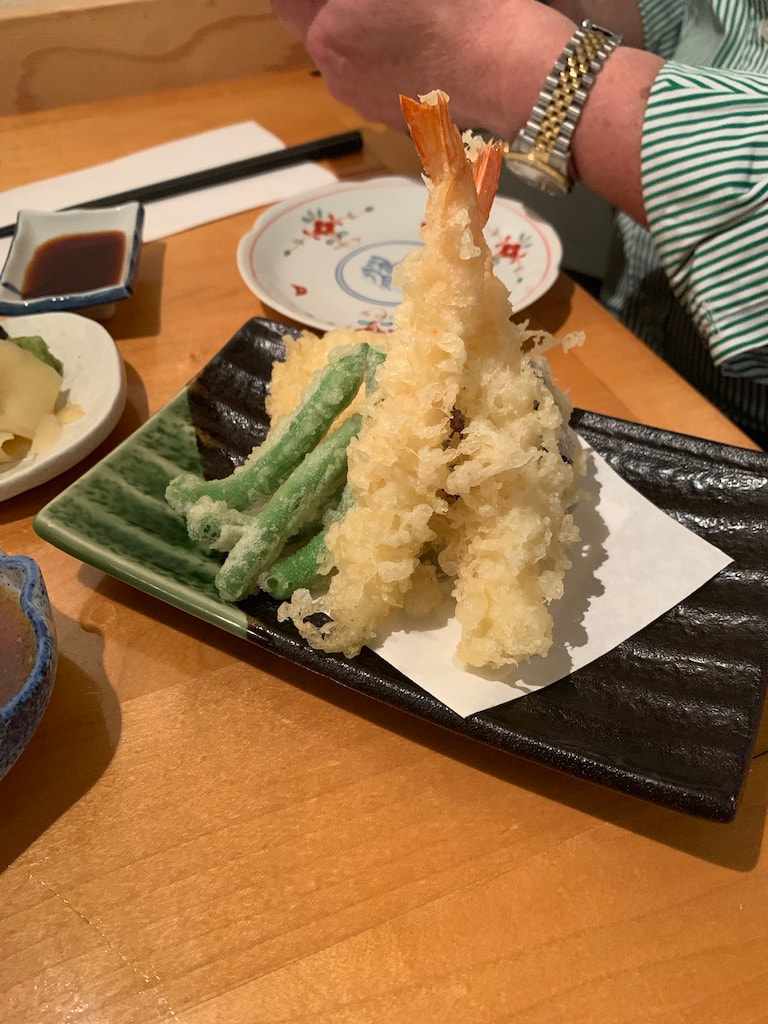 I had blocked off the entire day to spend time with my friend who is a Vancouver local! To start off the day, I took the Canada Line to Richmond. The transit system is relatively easy to use. I had a Compass Card that my relatives let me use, but you could also use your contactless credit card as your ticket.
​
My friend and I met at Aberdeen Center to eat lunch at Fisherman’s Terrace Seafood Restaurant for dim sum, which was very tasty. They had an English menu and a Chinese menu, but it seemed like the Chinese menu had more items so make sure you ask for both. We got a bunch of dishes to share and caught each other up on our lives, which was very nice. After eating, we hopped in her car to go on a hike at Mt. Seymour. 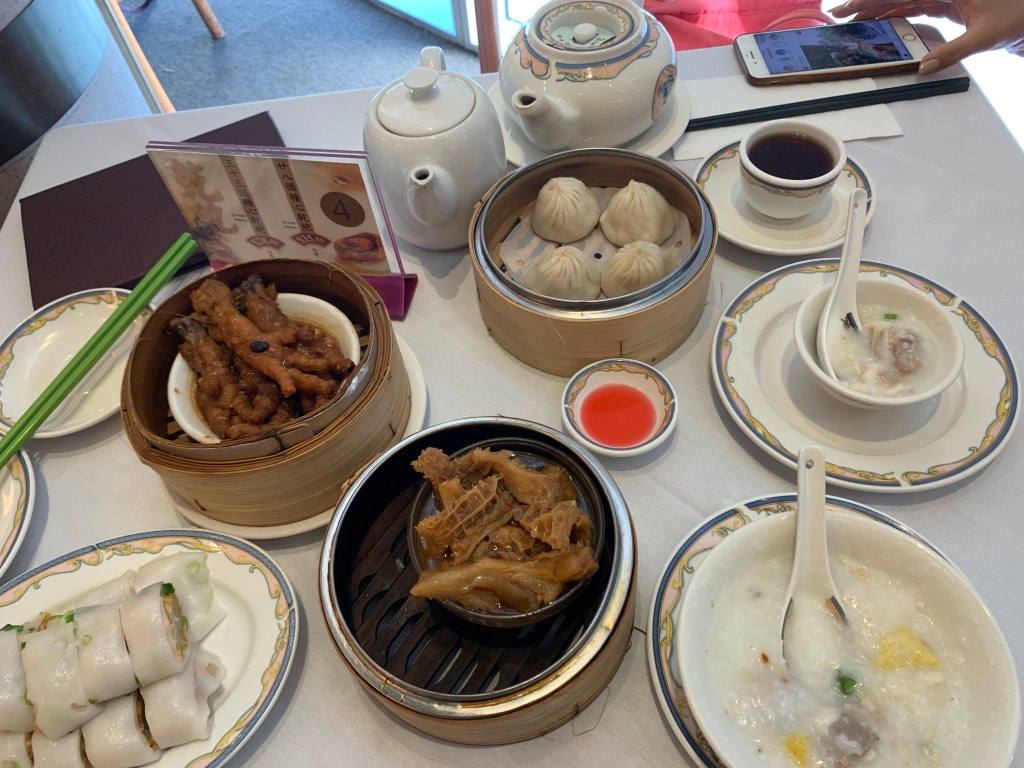 Before we went on the hike, we stopped at Granville Island to walk around. It's a very touristy place, but I really like it - there's a public market where you could buy food. The tasty pastries were very tempting, but I forced myself to be disciplined. We also walked around the dock near the water, which had a really nice view! It would be the perfect way to spend a weekend afternoon. 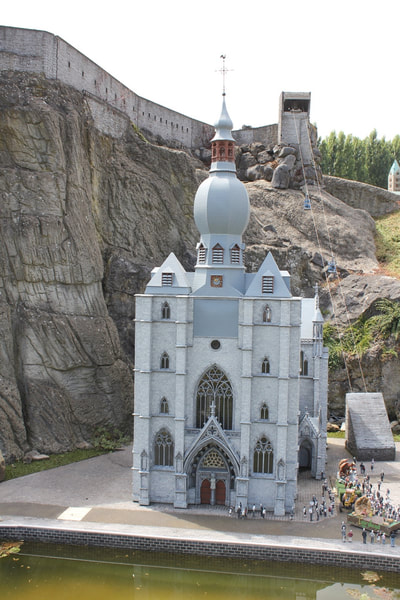 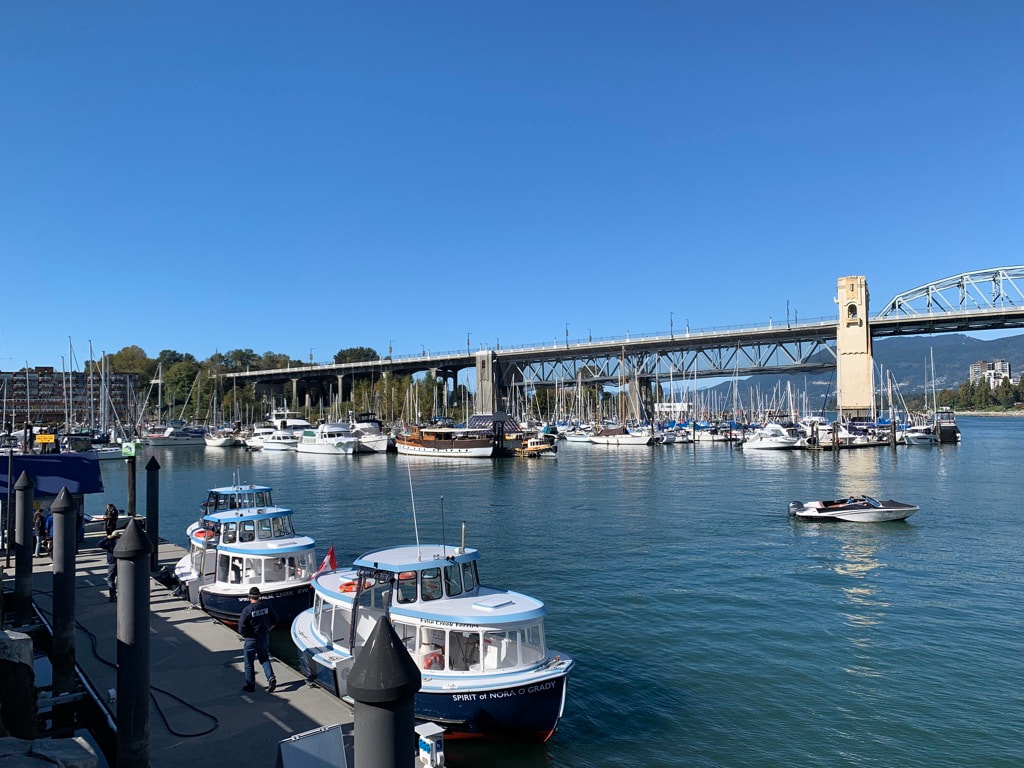 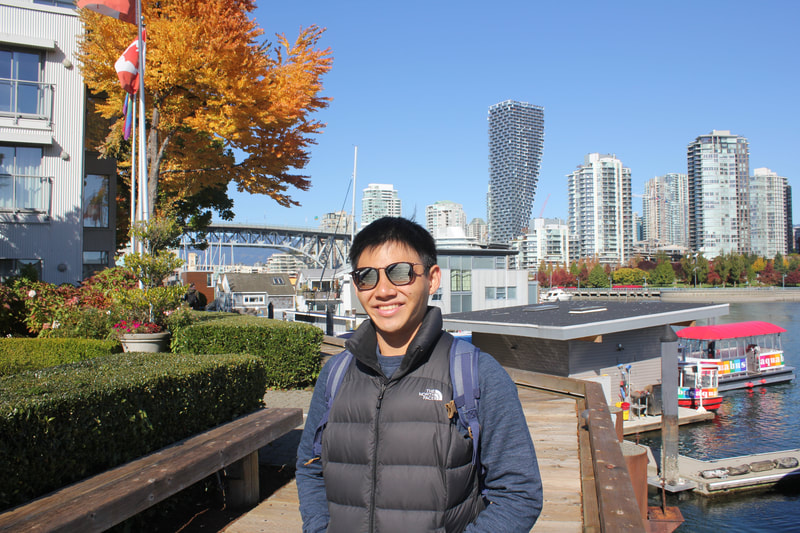 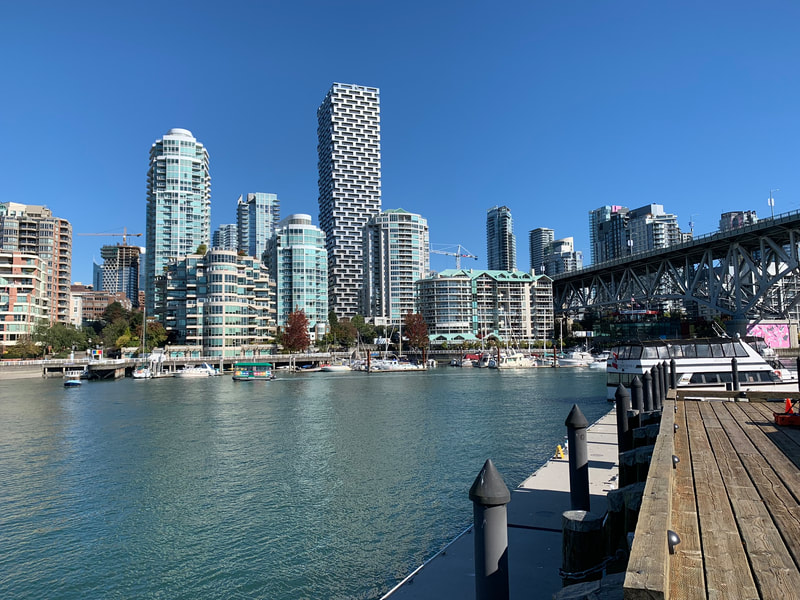 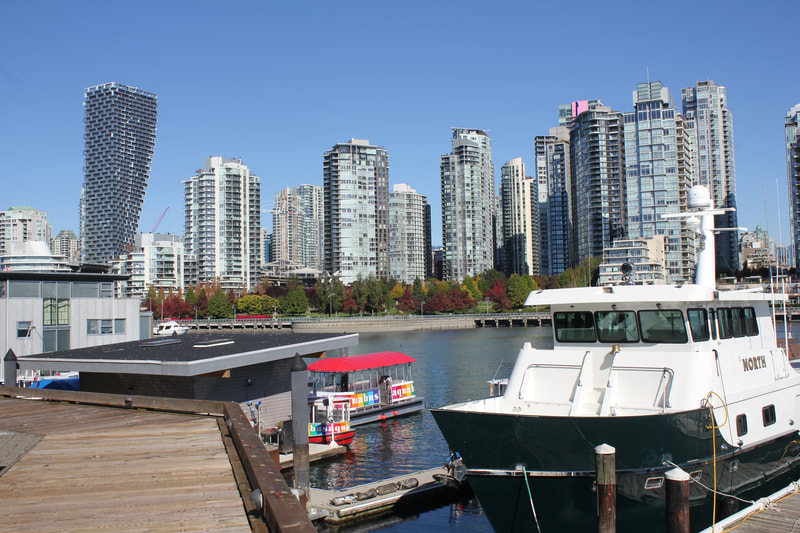 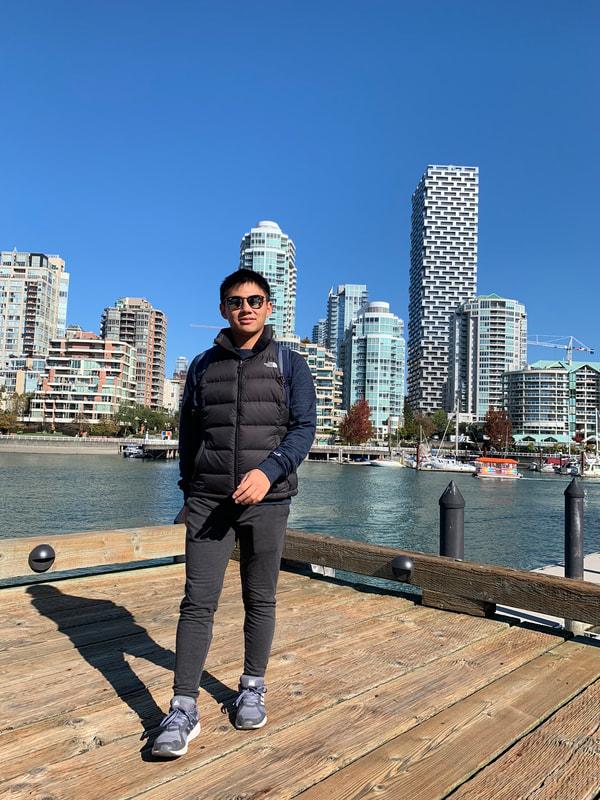 The drive took around an hour or so, and the hike we decided to go on was to Dog Mountain via Dog Mountain Trail. The hike itself started at what seems to be a ski resort in the winter. But when we were there, it felt very empty. The starting point can be a little hard to find, but we were able to find it because they were doing construction at the beginning of the trail.

I can safely say that this hike was one of the more challenging hikes I’ve been on - it was no joke. It was definitely more mentally exhausting than physically exhausting because you have to think about where to step. The trail has a lot of puddles and mud, so one wrong step could get you a wet shoe. In addition, the trail had some ice on it along with overgrown tree branches. The end of the hike also gets a little tricky as there are no actual trail-markers but just follow your gut!  Overall, I would say that you should hike this trail with someone else and bring actual hiking boots, so stepping in the mud won’t ruin your shoes.
​
After taking around 1.5 hours to go up, we finally got to the top and the view was absolutely stunning. The air was so crisp (but oh so cold, my hands were freezing) and you could see trees in all directions. Towards the distance, you could also see Vancouver and the sky was so blue. Overall, the challenging hike was worth it! My friend and I took a bunch of pictures and we also got a few good pictures of us feeding the birds. She had a granola bar so we broke off the pieces into small chunks and put our hands out for the birds! Once we finished taking the pictures, we made our way back down and then cleaned our shoes off before going back to the car. 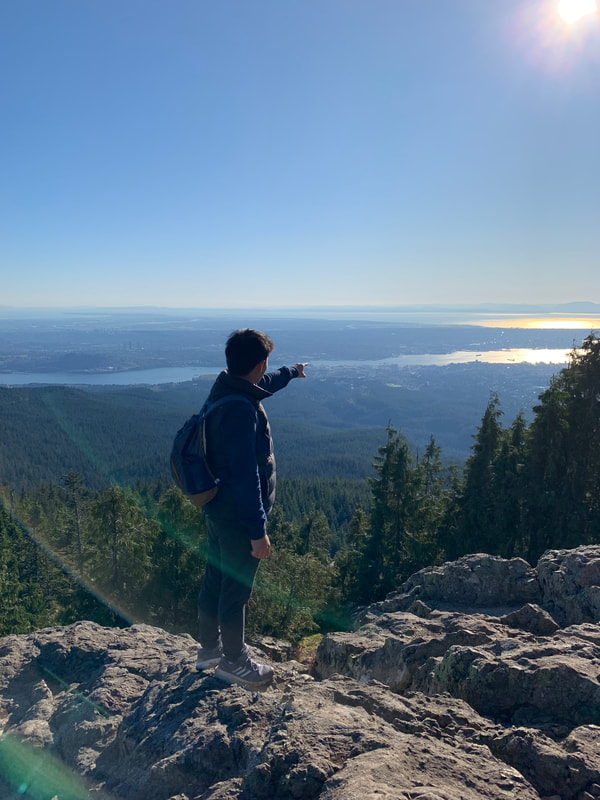 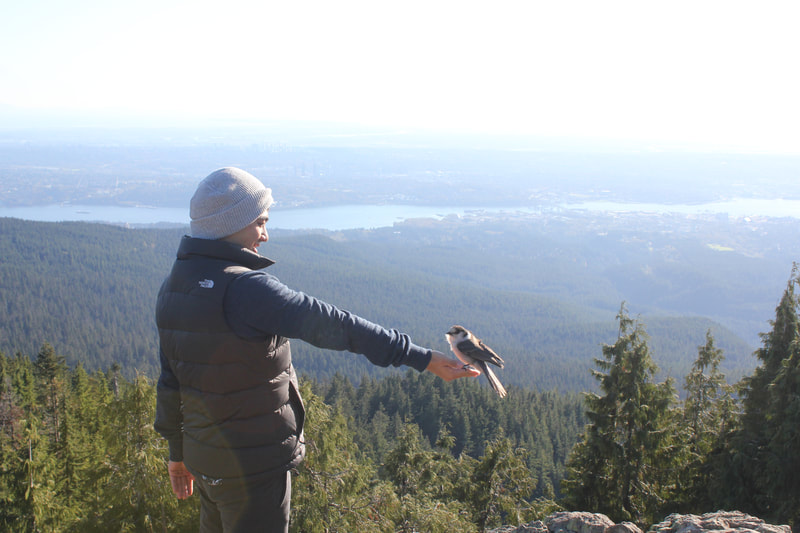 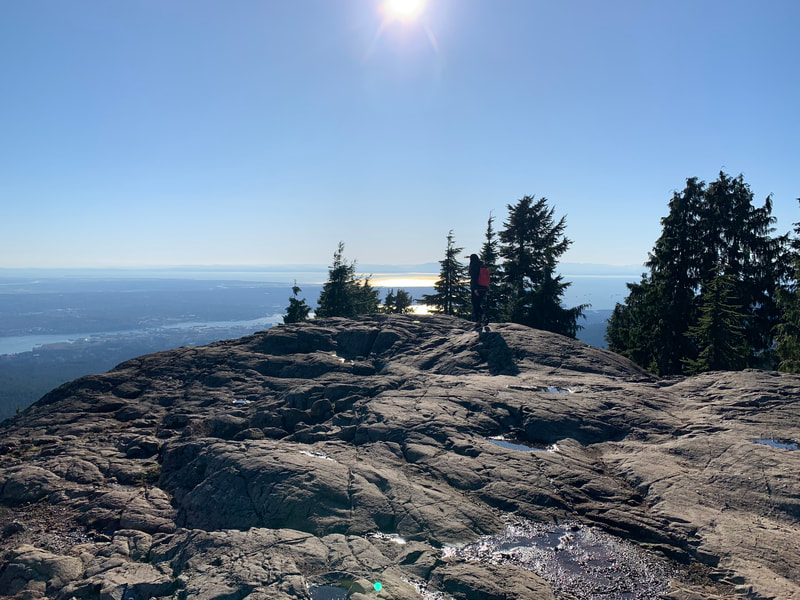 We drove back to downtown Vancouver to eat at Phnom Penh, which is also a very popular spot for locals. There was also a very long line, but we didn’t wait long which was very surprising! We got a bunch of dishes to share this time around too and it was absolutely amazing after a long hike. The fried chicken wings were especially good as we basically finished off everything in front of us!

After finishing up there, we got ice cream at Umaluma where we got 2 scoops - one scoop of chocolate yuzu and one scoop of lavender, which was amazing! The ice cream was dairy-free, which was very surprising to me because usually dairy-free ice cream leaves a weird flavor in my mouth. We later found out that the ice cream is made from a combination of almond milk, cashew milk, and hemp milk! Once we finished our ice cream, my friend drove me home to my aunt’s place as I had to get up early for a flight the next day. 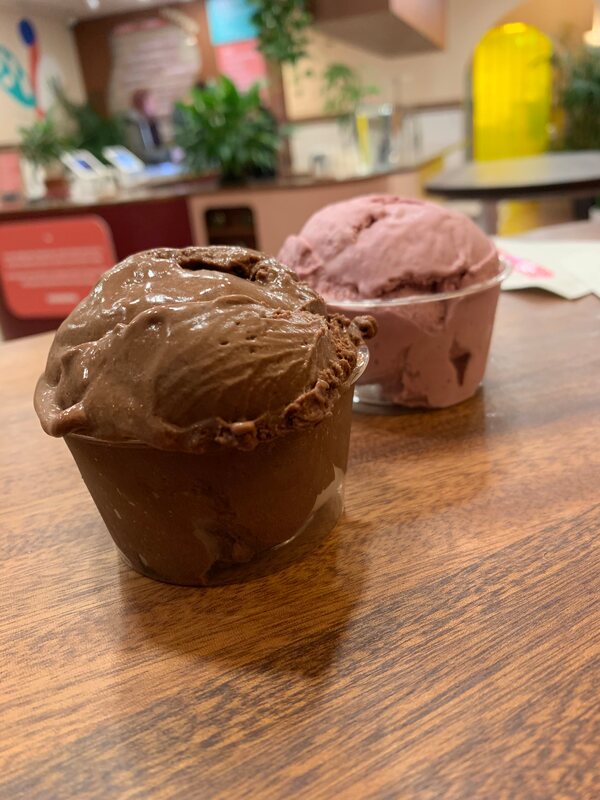 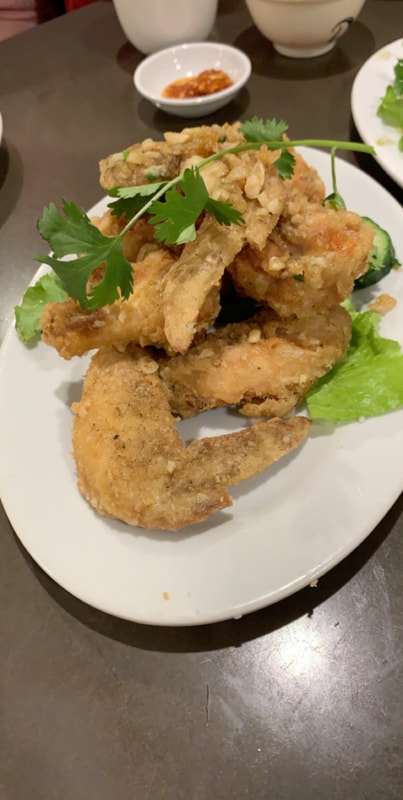 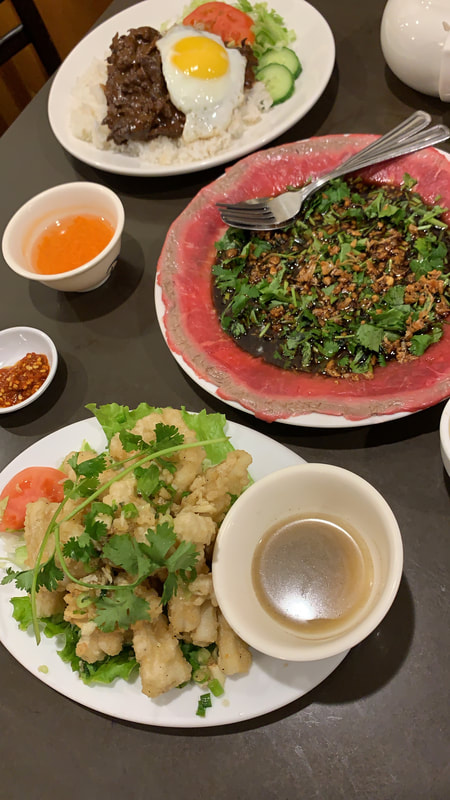