DC was always on my “go-to” list but the chance to visit never really came up. A lot of my friends were surprised that I hadn’t gone to DC before (it must be because I’ve been to Boston and New York multiple times). I was finally given the chance to visit the city, and I took it! DC surpassed all my expectations – great city to visit and great food. I especially liked walking around and seeing the monuments, even though I only had one full day to see the city.

The Metro is very efficient – I would just use public transportation. They have a day pass, which I would recommend if you’re planning to go far distances since the fare system charges you based on distance.
One day can be enough depending on what your interests are. I personally would have liked a second day, but it seemed like one of those places where you could spend weeks there and not scratch the surface! Overall, DC could be an easy weekend trip or a slow one month excursion. I will definitely be back!

I took a Megabus to Union Station from New York and got there at around 7am. It was pretty empty when I got there but I could tell that it gets busy. I took some time and walked around the station, since the architecture was cool! Then, I started to head towards the east end of the National Mall since that area was close to the station.

I would recommend knocking out all the monuments in the National Mall in one swoop and then taking your time with the museums. I didn’t have time to see any of the museums (bummer, I know) but I think doing 1 day for the monuments/museums and another day for the rest of DC could be a good option. I saw all these monuments, but I saw half in the morning and half in the evening because I had plans with friends. Here is a list of the ones I saw:


I would recommend going to the monuments in the morning. When I started walking at around 8am on a Sunday, it was pretty empty! However, I went to the last 5 on the list above towards the evening, and there were a lot of people. Less people means less people photo bombing your pictures, so up to you.

I personally really liked the FDR Memorial, since it kind of feels like a maze with his quotes scattered on different walls. The area in front of the Lincoln Memorial facing the Washington Monument gives for a good photo op! I would also recommend renting a bike and just biking through the National Mall. 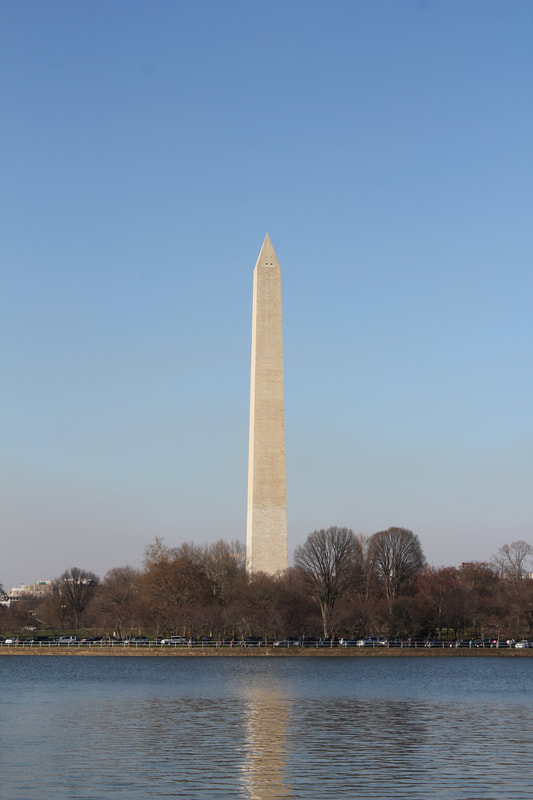 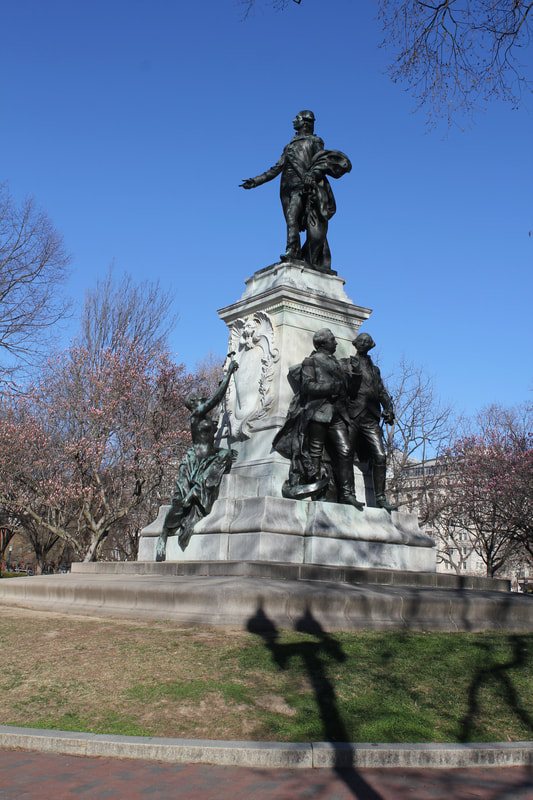 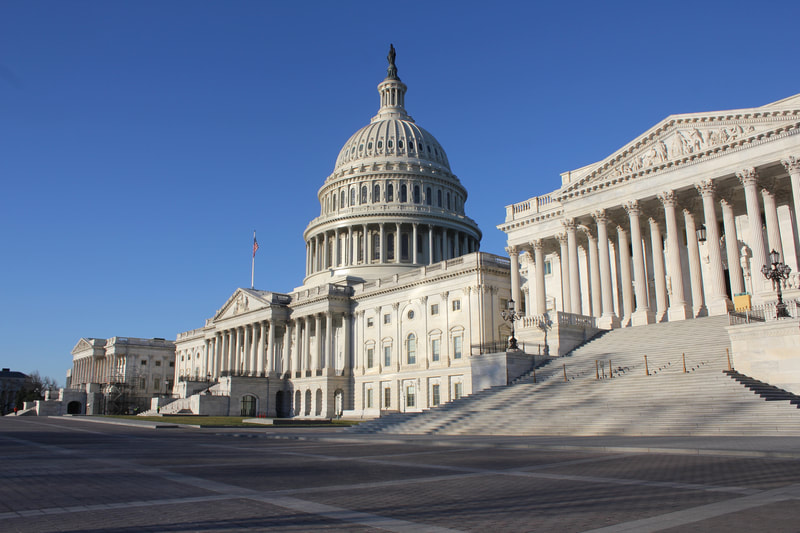 Around lunchtime, I walked to Bluestone Lane to get lunch with 2 friends from study abroad. On the way there, I walked past some buildings of The George Washington University. The buildings are beautiful – not as beautiful as Columbia University, but still pretty. I would compare it to NYU, where the buildings are embedded in the city but the area is distinctly GWU.
​
I got the Rainbow Bowl with smoked salmon (adding the salmon costs extra) and the Fitzroy, which was one of the juices. The juice was very refreshing, but not worth $9. I liked how the bowl included so many different things! It felt like something I would ideally want to make after a workout but am too far lazy to do. I would recommend coming here but it’s a little more on the pricey side. Someone else was footing the bill for me, so I just felt like being bougie but everything including tip cost $40! 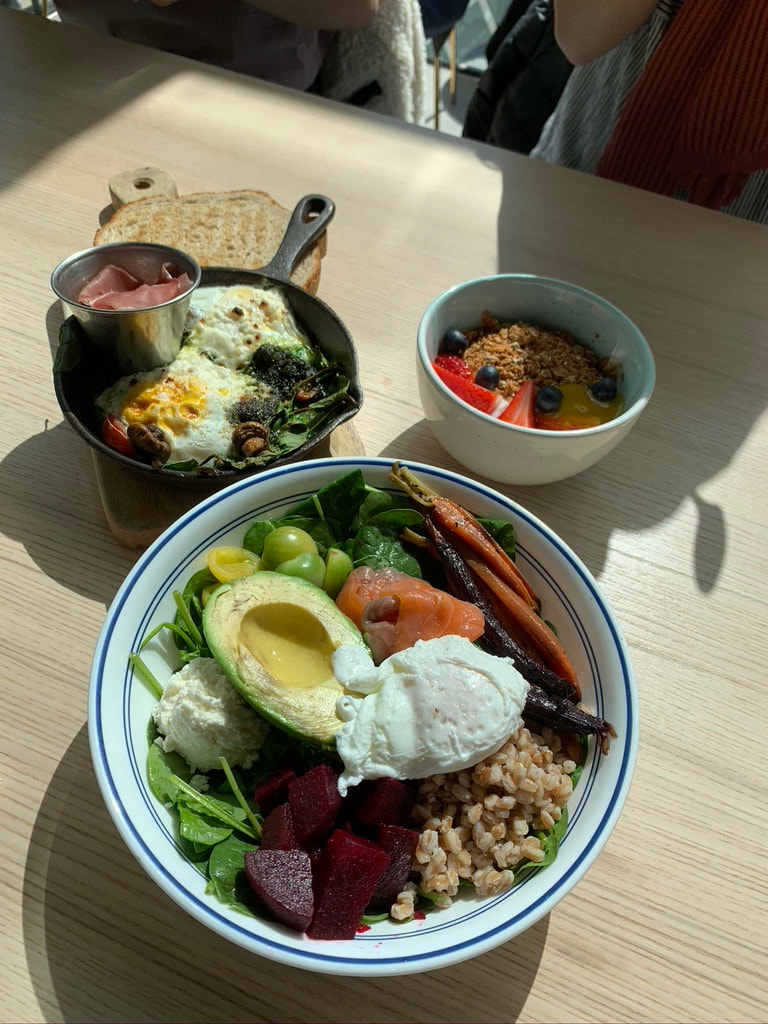 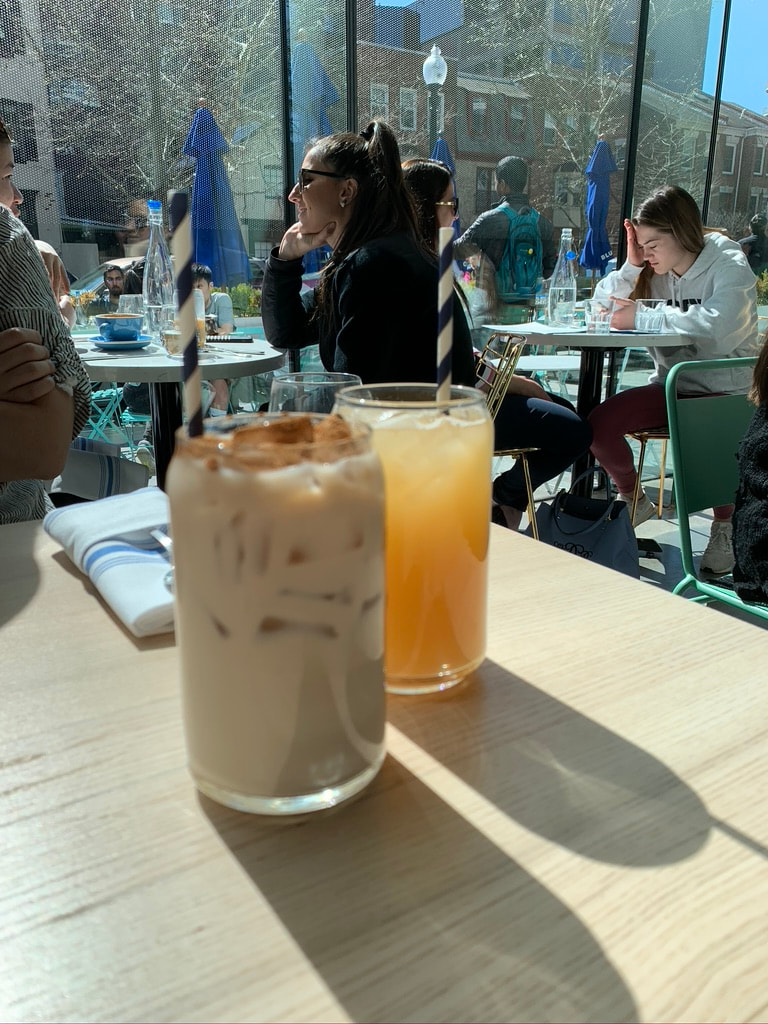 After eating there, my friend and I went to the area near Georgetown, which was beautiful! The area reminded me of the surroundings at Harvard Square in Boston. There’s lots of cute shops and places to eat. There was a decent amount of people out (probably it being the weekend). We walked towards the waterfront, which was also pretty. You could see Arlington across the river, and there were lots of people just chilling near the water. It would be a great place to have a picnic!

Then, we walked to Georgetown University for a short bit and headed towards Georgetown Cupcake. The university is beautiful and would be a great place to hold a photo shoot. The cupcake shop had a LONG line so be prepared for a wait. The have a lot of options to choose from (a rotating daily and seasonal list) but I got the St. Patrick’s Chocolate cupcake, which was really tasty! I wish I got 1 or 2 more to try after standing in line for so long, but if you come in a friend I would order “family style” so you get to try multiple cupcakes!

After eating a cupcake, I rented a bike and biked towards the last 5 memorials on the previous list. There were significantly more people around, but it was great to catch the sunset over the memorials. After walking around, I went to Das Ethiopian Cuisine because a friend recommended it to me. I got the Lamb Tibs, which had lots of flavors – the meat was the best version of tender, in my opinion. When I got the dish, I didn’t know why there were no utensils. So, I just started to eat with my hands and it turns out, I was right. You use the injera as the utensil, so you’re creating your own “wrap”. I posted it on my Instagram story and apparently this is a well-known fact!
After eating there, I started to make my way back towards the hotel because I was tired from a long day. DC will definitely be a place I’ll come back to see. Until next time!
​
*** Another place to eat: Founding Fathers – they have multiple places in the city, but I would highly recommend this place as well! 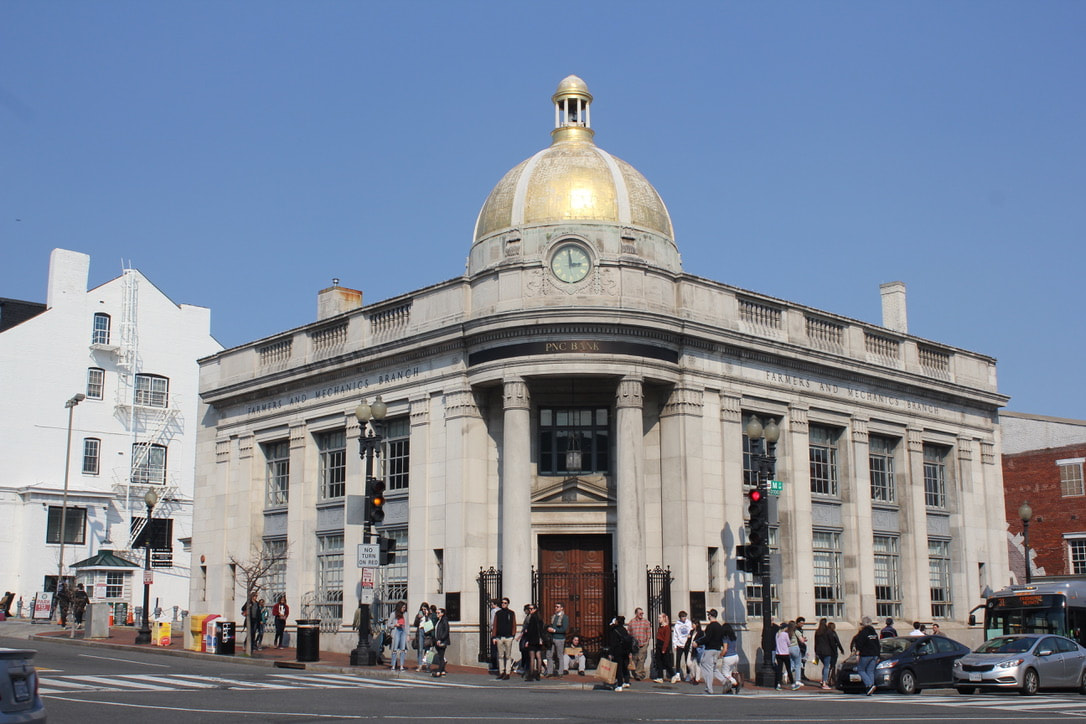 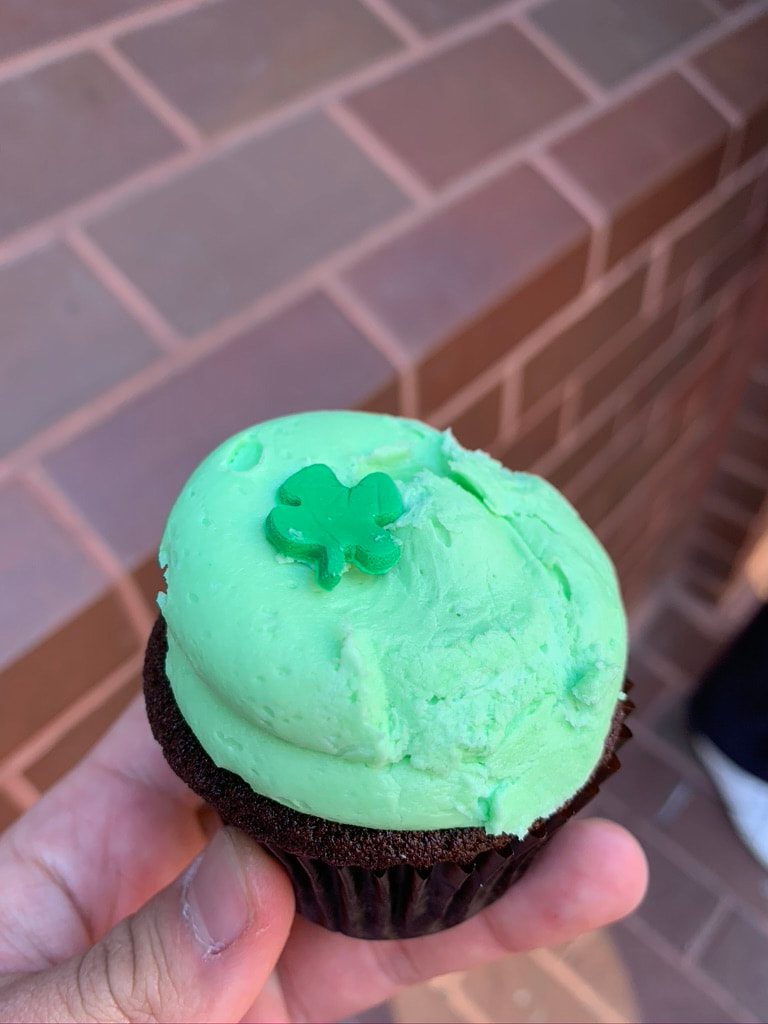 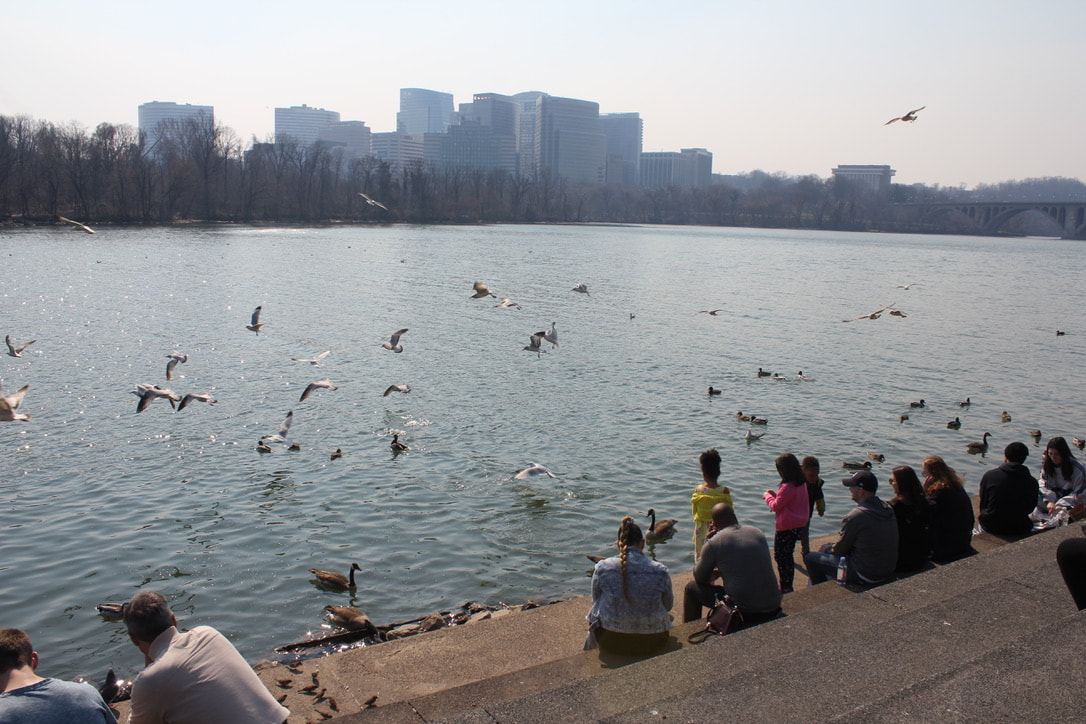 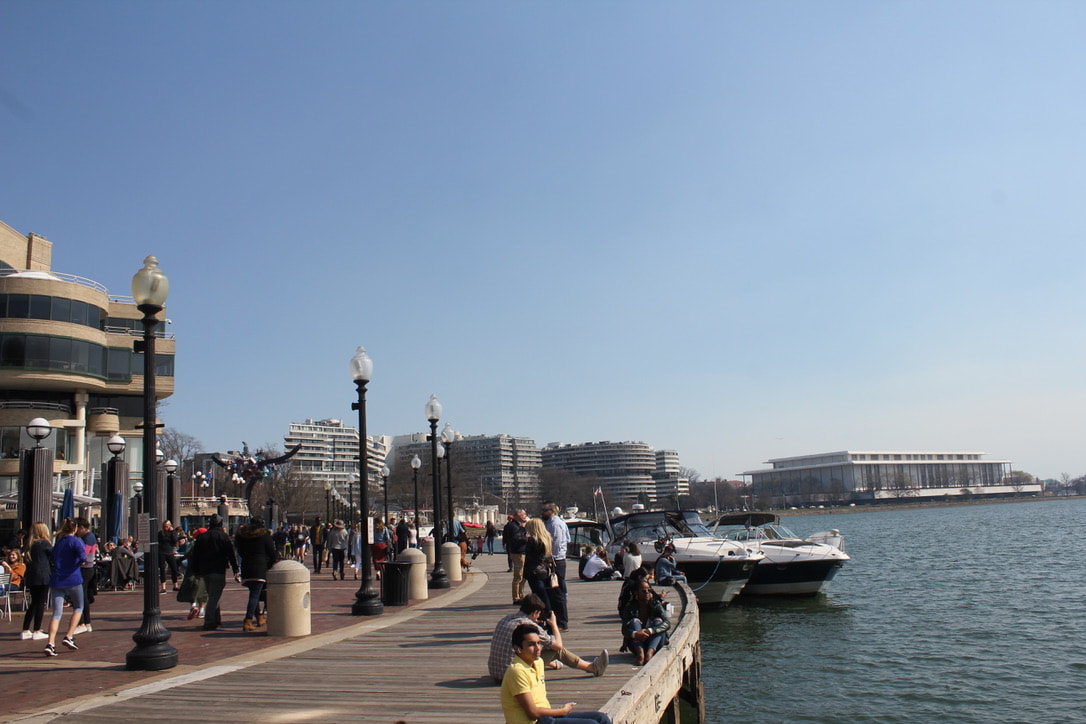 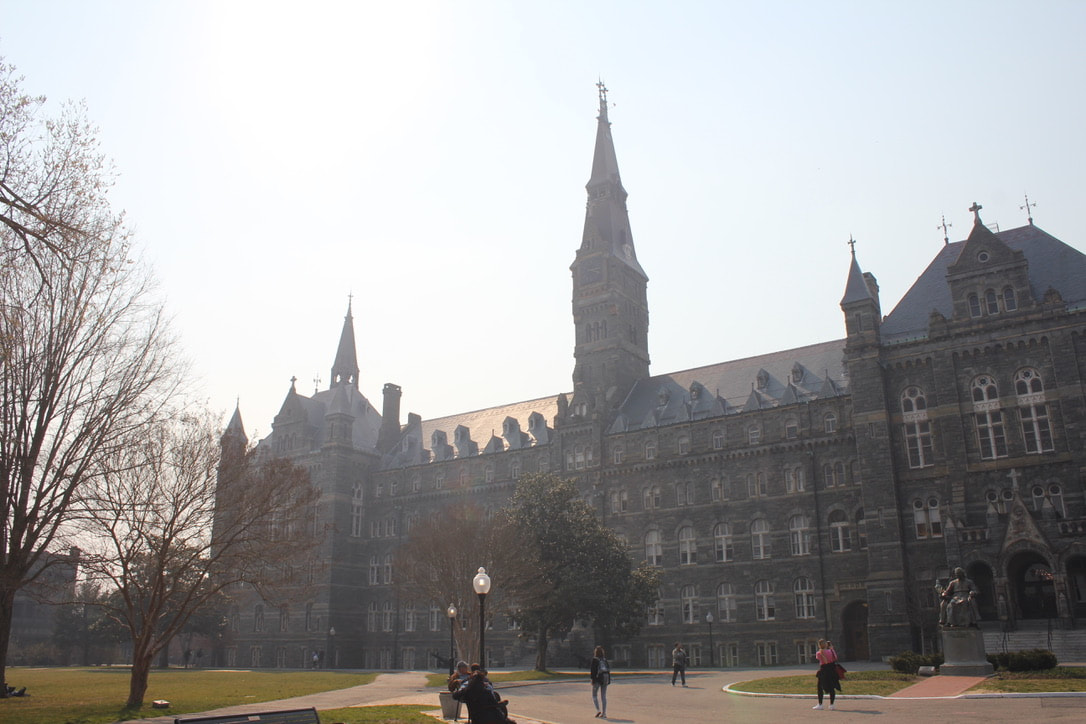 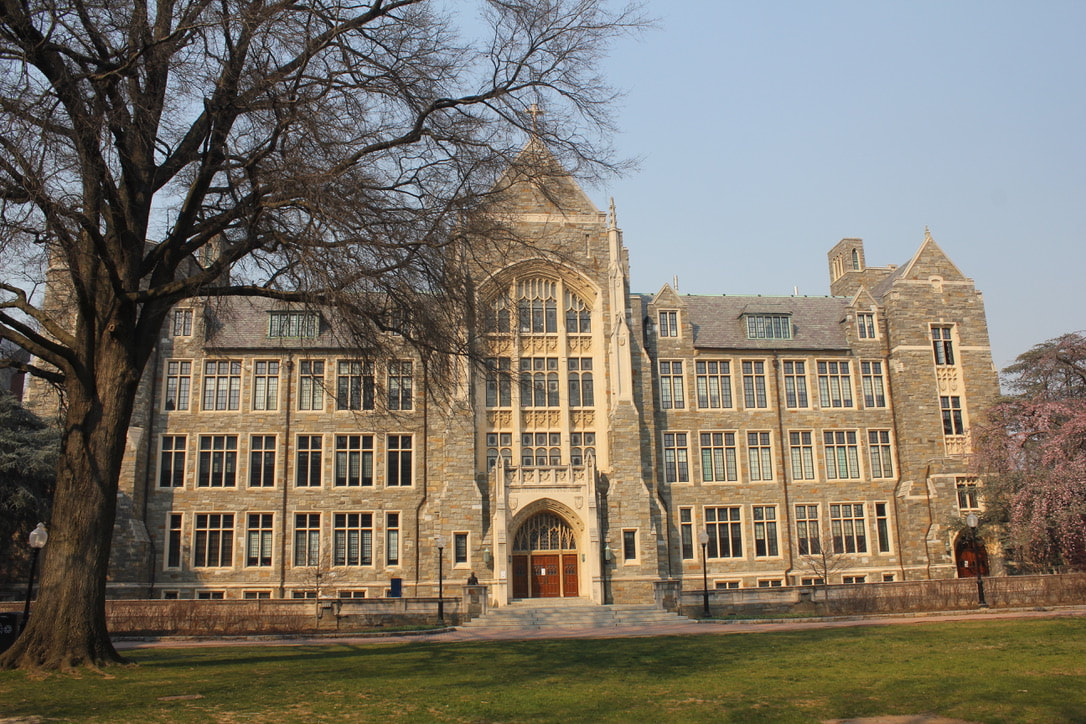